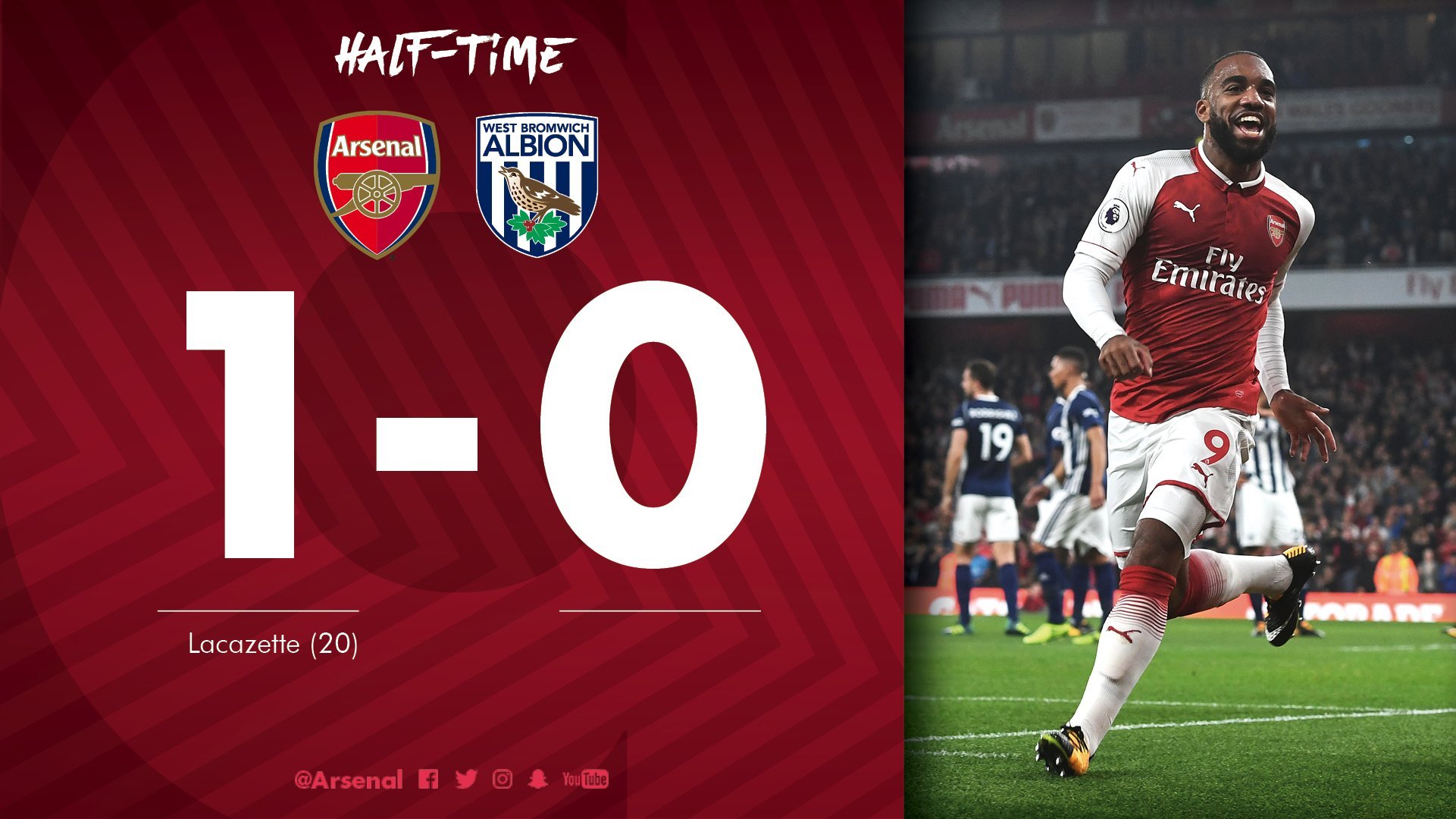 The first half has ended and Arsenal are the team that is leading by one goal after their new signing scored his third goal of the season against West Brom Albion.

The gunners have looked dangerous through out the match as they have been very consistent when moving forward and have showing that they may score another goal in the 2nd half.

Arsenal have been lucky when it comes to defending because they have been very poor when trying to guard their net because West Brom Albion players have looked very dangerous.

Arsenal supporters will be hoping thatArsene Wenger will need to be more tactical in the 2nd half because his back line has been very poor because they have shown many loopholes. The gunners may bring in Mesut Ozil in 2nd half.