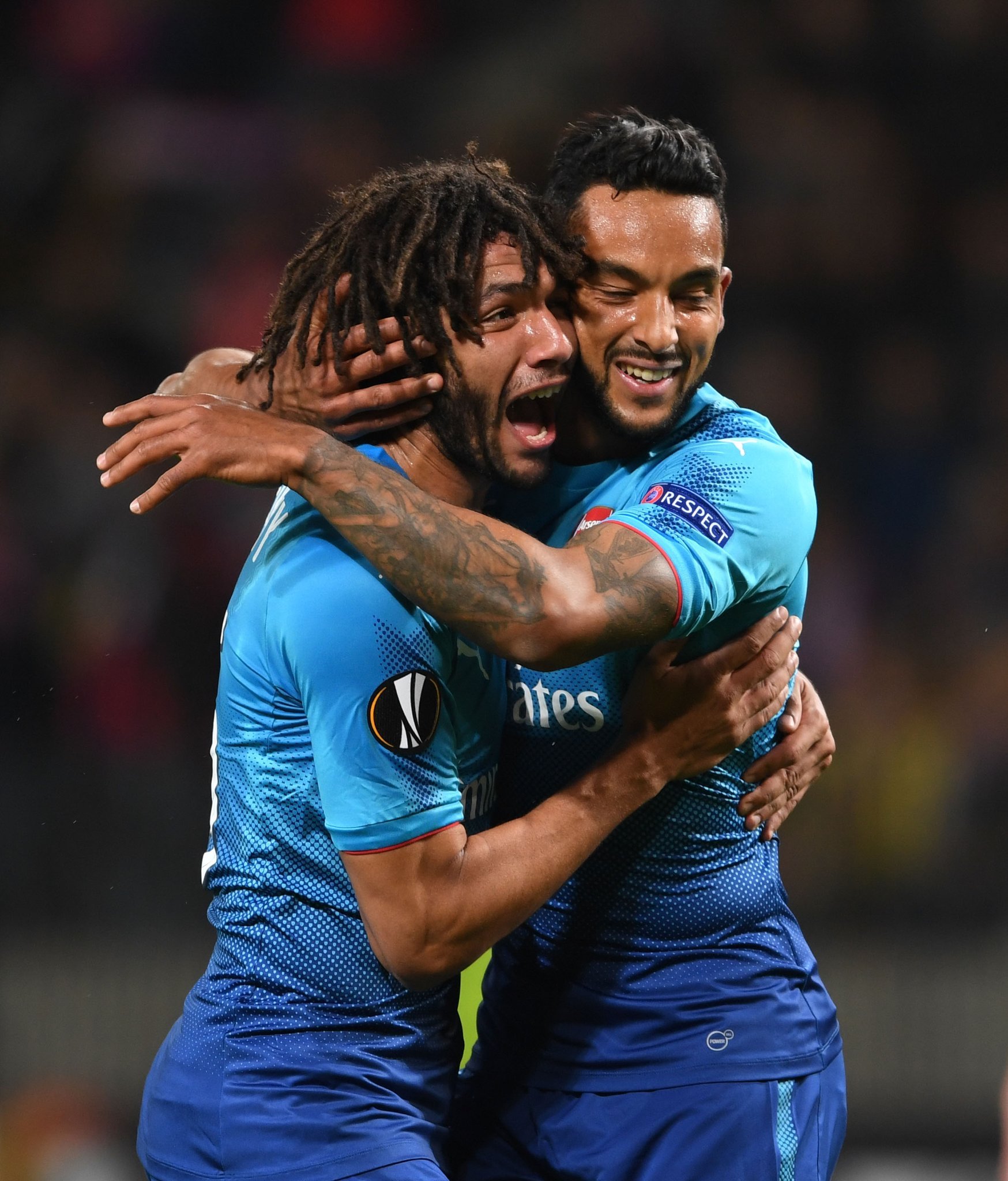 The gunners have secured their 2nd Europa League win last night in Belarus. Arsenal are currently first on their group table and by the look of things, it is quite clear that the North London club will surely qualify for the next round because the teams that they are grouped with are fair and could get a 100% win record in the group stages. The gunners showed an outstanding as they easily beat off Bate Borisov thanks to goals from Rob Holding, Theo Walcott (2) and Olivier Giroud who all scored goals that helped the visitors get past the hosts. There were many talking points from that match like; Rob Holding scored his first competitive goal for Arsenal and here is what the centre back had to say about that moment.

The Arsenal supporters will be hoping that the centre back keeps up the good performance because most people believe he is the next big thing at the Emirates stadium.

Olivier Giroud was given a start yesterday and he repaid the trust the manager gave him by scoring his 100th Arsenal goal as he joined the list of other players to set a landmark of scoring 100 goals while wearing the Arsenal jersey and what has made most gooners happy is that the Frenchman scored the 100th goal, one match earlier than Robin Van Persie who is regarded as a traitor by most Arsenal supporters because he left them in a time they needed him the most. Here is what the Frenchman said after he scored his 100th goal;

‘To be honest with you I was expecting this goal, but sometimes you shoot without looking at the goal and it goes in, while sometimes you are struggling a little more with bad luck or misfortune.’

’I’m glad and I’m happy or myself and hopefully more will come.” said Giroud. (Info – arsenal.com)

The French striker will be hoping that he gets more chances in the English Premier League because he has never started an EPL match ever since the season begun as he has spent most of the time at the bench but he has always been impressive when called upon on even yesterday, he had great couple of chances.

Arsene Wenger was very impressed by the performance of his players because winning away by four goals is not something easy because the gunners were playing in a foreign country which they aren’t used to. Theo Walcott was also very impressive again as he scored a double and most gooners appreciated the gesture the Englishman made as he handed his fellow compatriot Olivier Giroud the penalty kick even though he could have asked for it to reach a hatrick. Here’s what the winger said about that;

“There was a chance for me to take the penalty for a hat-trick but Olivier Giroud was on 99 goals.” said the English winger.

Most football analysts believe that Theo Walcott deserves a starting spot in the Arsene Wenger‘s starting eleven that starts the English Premier League matches because he has showed that he is very good when utilised in the few appearances he has made.

Arsene Wenger travelled with a youthful squad and gave some youngsters some starts like Reiss Nelson who has been heavily backed by most football pundits to become a very great footballer after the academy player made his breakthrough in the Arsenal pre season tours and even gunners legend Martin Keown has compared Reiss Nelson to PSG superstar Neymar due to the dribbling skills showed by the two players. Joe Willock was given a start by Arsene Wenger and he was very happy so here is what he said;

“Yes it was good, it was something that I’ve also dreamed of as a child and finally I’ve done it. I’m just happy that the boss had faith in me, but yes it was good.” said the youngster. (Info – arsenal.com)

This yesterday’s win means that the gunners are currently at the top of their Europa League table. Jack Wilshere was also among the other players that had a great match yesterday as they were very good in attack.

Related Topics:ArsenalBATE Borisov
Up Next