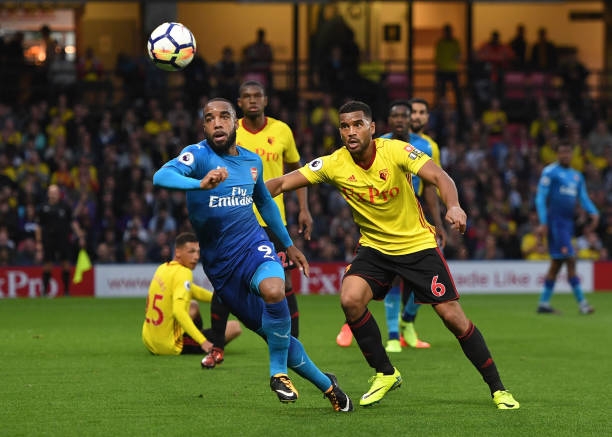 The gunners signed Alexandre Lacazette from Lyon in last summer’s transfer window on a record fee believed to be around £52 million and the Frenchman has showed some signs that he could be a great signing as he scored in his first English Premier League match in less than 3 minutes in the English competition. Alexandre Lacazette was among the players that were selected to start the Arsenal match against Watford and the Frenchman did not make much or any impact in the time he was on the pitch.

The French forward said that he wants to score many goals for Arsenal this season and also help them win many trophies but it seems the gooners have started getting afraid that they may have made a grave mistake for signing the former Lyon man because it looks like the player is finding a hard time trying to fit well in the Arsenal playing system. This is a very big scare for Arsene Wenger because he was a type of manager who could not spend such huge amounts on one player but it was the last transfer window where he spent much on a striker meaning it will look bad if his aim for spending big doesn’t fruit. Alexandre Lacazette has been a top striker in the last four seasons as he has been scoring above 20 goals each season so Arsenal supporters will be hoping he does the same for them this season.

Alexandre Lacazette has so far scored four English Premier League goals for the gunners and one of those goals was a penalty kick so most football analysts believe that the striker has been scoring easy goals which even their old striker Olivier Giroud can score. Arsenal legend Thiery Henry once said that he was worried that Alexandre Lacazette’s playing style would not match with what the gunners are using and agitated that he may flop at Arsenal even though he is a fantastic player. The legend said that Lacazette is more effective when the team is usually sending balls into the box instead of the Arsenal pass and pass style.

Olivier Giroud replaced Alexandre Lacazette in the 2nd half as he has always been doing in the previous matches but some Arsenal supporters believe that the fact of removing Lacazette and not allowing him to play the full 90 minutes is one of the main reasons why the player is finding it hard to understand and get used to the gunner’s playing style. Arsene Wenger has always defended his decision of not having Alexandre Lacazette play the full game as the manager says that he tries everything possible to make all his forwards happy.

Report: Arsenal Injury Curse Is Back