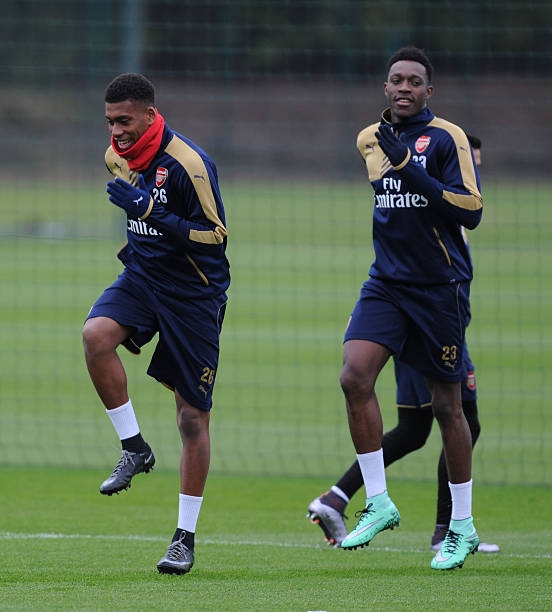 The gunners will be travelling to the Vicarage stadium this weekend as they hope to get three points in order to keep the pressure on the top four. Arsene Wenger gave the latest updates on the team and confirmed that Arsenal forward Danny Welbeck is back in normal training and that he might get selected in the squad to face the hornets on Saturday.

If Danny Welbeck gets back into the starting eleven immediately, that would mean that Nigerian star let Alex Iwobi would have to warm the bench again even though the Nigerian international has impressed in the few chances he has been given.Danny Welbeck has been out for about three weeks and surprisingly, he has recovered quickly, earlier than the expected months for him to be out after he sustained a groin injury when the gunners played Chelsea in September.

Danny Welbeck is the 2nd Arsenal top goal scorer for this 2017/18 season even though he has been out for some good time as he scored three goals before he went to the sidelines in September. The English forward is just only one goal away from Arsenal’s top goal scorer Alexandre Lacazette who currently has four goals on his name this season.

Alex Iwobi was the hero for his country Nigeria as he scored the goal that secured the Super eagles qualification to the FIFA WORLD CUP RUSSIA and the Nigerian international is hoping to get more chances in the English Premier League in order to be selected in the squad that will travel to Russia to represent the African country Nigeria. Danny Welbeck may not be put in the starting eleven instantly but is expected to be in the squad but on the bench to face Watford.

Analysis:What Now Should Arsenal Do For Ozil And Sanchez