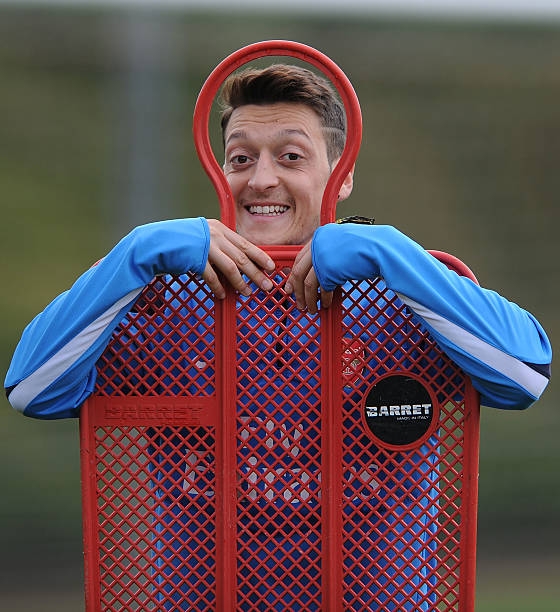 There has been strong speculation over the future of Arsenal midfielder Mesut Ozil who is in the last year of his contract at the Emirates stadium. They has been various reports saying that the German international is ready to quit the North Londoners in January because he wants to leave Arsenal as quickly as possible but there is a new report from METRO which says that the gunners are also no longer interested in offering the former Real Madrid star a new deal which could extend his stay at the Emirates stadium.

Mesut Ozil arrived at the Emirates stadium in 2013 and he has since established himself to become a fan favourite so him leaving will have a strong impact on the squad,manager and mostly the supporters who will be greatly disappointed with Arsene Wenger who had told the fans that the Arsenal we have seen in the past threee years was different from the one of like 7 years ago where they could easily sell their star players to top rival clubs like the transfer of Robin Van Persie from Arsenal to Manchester United.

It is reported that the Arsenal officials are disappointed with the news surrounding the future of the 27 year old and it seems Mesut Ozil has told them that he is not ready to discuss a new deal with the gunners because he would like to run out his contract or leave in January. It is reported that Arsene Wenger would opt to cash out the German international in the winter transfer window instead of losing him for free when he could have sold him and got a replacement but the supporters are worried that Wenger may sell Ozil and just save the money for the next summer transfer window because he has always agitated for the removal of the January transfer window.

Mesut Ozil has spent at the Emirates stadium four years and he has been very impressive there as he has helped them win three FA Cup and even got close to breaking Arsenal legend Thiery Henry‘s assist record but was less of one in breaking it. There are a number of clubs that are interested in signing Mesut Ozil in January but the ones most interested are Manchester United and Inter Milan but it is said that Ozil prefers. the red devils because he wants to be reunited with Jose Mourinho.

Analysis:Can Martial Be A Good Replacement For Sanchez

It Is Not Right To Replace Wenger With Ancelotti Says Legend