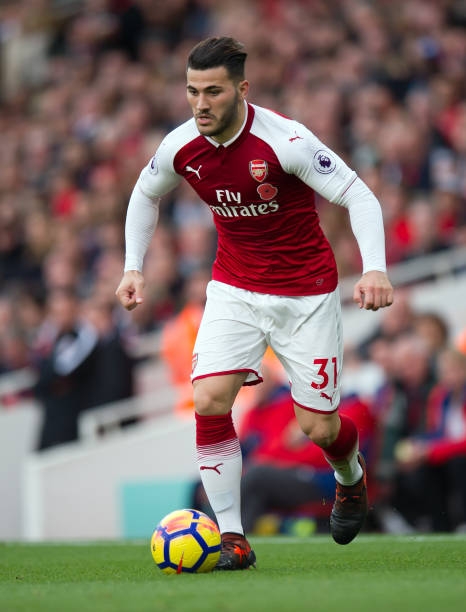 The gunners signed Sead Kolasinac on a free transfer from Schalkle 04 in the summer but the left back has turned out to be a great asset.

The Bosnian international has showed great qualities in the little time he has spent at the Emirates stadium as he even scored the equalising goal for Arsenal against Swansea City on Sunday.

English Premier League legend and currently BBC Sport lead pundit Garth Crooks has praised the left back and says that the Bosnian international impressed him in their gunners match against the Swans last weekend.

“Kolasinac must be the signing of the season and he already looks like a player who has won the respect and admiration of his team-mates. ’ the former Stoke City man wrote in the BBC SPORT Column.

‘The goal he scored against Swansea was well taken, but the move and assist for Aaron Ramsey to score was just fabulous football from the Bosnia-Herzegovina international.”

The English Premier League has had many signings in the recently closed summer transfer window but the BBC Sport pundit believes that the Arsenal left back has been the very outstanding one when it comes to performance and has left out the likes of Romelu Lukaku, Alexandre Lacazette and Alvaro Morata.

Sead Kolasinac has been outstanding for the gunners as he has scored some good goals and most Arsenal supporters have told Arsene Wenger that this is the best bargain signing gunners have ever obtain and feel much proud of those accounts that identified the player. The Bosnian international is now valued at over £30 million since arriving at the Emirates stadium in June.

Arsene Wenger has been always blamed by the fans and football analysts for bringing average players at the Emirates stadium because they are free but the French manager didn’t bite the dust this time as he got a remarkable player who has added man power to the squad due to the physicality of his body.

Arsenal Players Give Out Views On Swansea Win