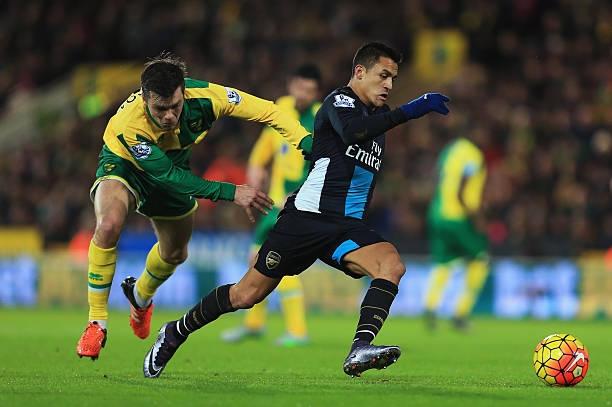 The EFL Cup gets back this week on Tuesday with the gunners facing Norwich City at the Emirates stadium tomorrow. The Arsenal squad is just from a match yesterday but they will be having another tomorrow but it seems Arsene Wenger will use many youngsters in this match as he has always done in this competition the previous seasons but most gooners hope that their manager starts a mature squad because they have some players that haven’t been getting chances to play in the English Premier League like Olivier Giroud and Jack Wilshere who both have never made an EPL start this season.

This set of this week’s EFL Cup fixtures is the fourth round of the competition which means that they are just 16 clubs left in the cup and by tomorrow and Wednesday, there will only be remaining 8 teams which could give Arsenal the chance to claim this trophy even though it is said that Arsene Wenger doesn’t value it so much and he usually hopes that they are eliminated from it early because it usually has effects on the scheduling of matches. Arsene Wenger has never won the EFL Cup in the 19 years he has spent at the Emirates stadium. The gunners are un beaten in their last eight matches against the Canaries and will be hoping that they maintain that record tomorrow when they host them at the Emirates stadium.

The gunners will be facing Championship team tomorrow so it would be a big embarrassment for Arsene Wenger’s men because Arsenal is a club that is at a higher level than Norwich City. The gooners will go into this match with full confidence after they impressively beat Everton 5-2 at the weekend, but Wenger will be resting the entire attack that played against the toffees so Arsenal are expected to be without the likes of Mesut Ozil, Alexandre Lacazette and Alexis Sanchez. Arsenal and Norwich City have met 57 times since the establishment of these two clubs but the gunners are the ones that have won many times as they have beaten the Canaries 27 times, drawn 19 and lost 11 times.

Arsenal will be hoping to get a win tomorrow in order to qualify to the next rounds and even maybe keep their EFL Cup trophy hopes alive.