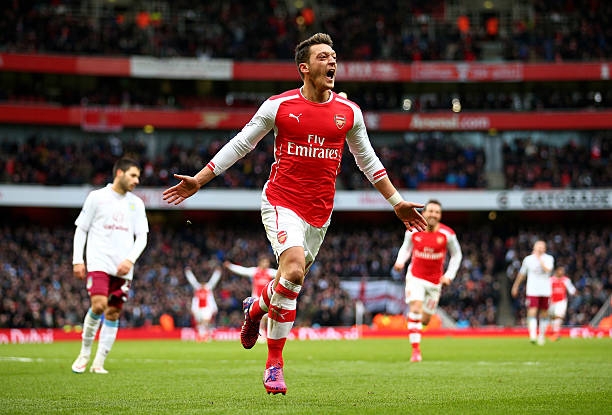 Mesut Ozil has not made any start for Arsenal in their last three matches and there has been continuous rumours suggesting that the player is ready to quit the Emirates stadium in January. Speaking at BBC RADIO 5, Arsenal legend Martin Keown believes that the German international will leave the gunners this very season and says was very impressed with the performance of the gunners at the weekend;

“I was really impressed and it seemed like every player was giving their best, Sanchez is different. He loves playing football if you just give him the ball and he’ll play and and that’s all he wants but Ozil has downed tools cause he wants to go and it is getting messy” said the 51 year old.

This is the type of news every gooner would not like to hear because they wouldn’t wish to part ways with the 27 year old.

Mesut Ozil is currently in the last months of his contract at the Emirates stadium and is yet to put pen to a new contract but the gunners have started getting worries because there aren’t any signs that show that Arsenal and the player are currently in negotiations. Arsene Wenger has continually been saying that the midfielder is ready and focussed at Arsenal saying that the talks are expected to begin soon but the worst part is that Wenger may not try to get a replacement in the January transfer window when Mesut Ozil leaves because he has always agitated for the removal of the winter transfer window.

Mesut Ozil joined the gunners in 2013 and he has since became an important player at the Emirates stadium and he is a fan favourite could heavily affect the club so the gunners cannot just let him go as simple as that. The German international has so far helped the gunners win three FA Cup trophies with him playing a huge role of winning those matches so it would be and seem un fair if the gunners blocked his desire to leave them.

It Is Not Right To Replace Wenger With Ancelotti Says Legend