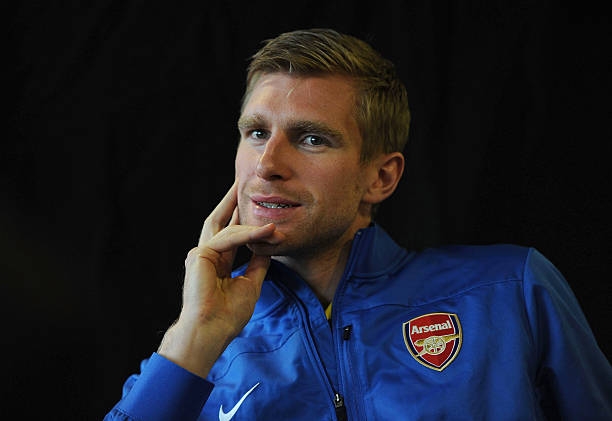 The gunners will be making a visit to the Vicarage stadium tomorrow as they hope to secure three points in order to keep up the pressure on the top four and even the log leaders who are just 6 points from Arsenal.

Arsenal captain Per Mertasacker has also taken to social media to have his say on the gunners trip to the Watford Stadium.

We are back and ready for tomorrow ??#WFCvAFC #COYG pic.twitter.com/JLFMKbu7cP

The German defender tweeted that “We are back and ready for tomorrow”.

Per Mertasacker is also among the players that have been chosen and put in the provisional squad by the manager and the German international will be hoping he gets a start in tomorrow’s match but will face a lot of competition from youngster Rob Holding but it isn’t known who Arsene Wenger will choose to partner Laurent Koscielny.

Laurent Koscielny did not take any part in Arsenal’s last English Premier League match against Brighton & Hove Albion two weeks ago due to an injury and wasn’t even released to go and play for the French national team so he might not get put in the Arsenal lineup right away because he is just from injury so Rob Holding, Nacho Monreal and Per Mertasacker may be the ones to protect the Arsenal goalkeeper tomorrow.

Wenger Speaks Out Some Remarks On Chambers