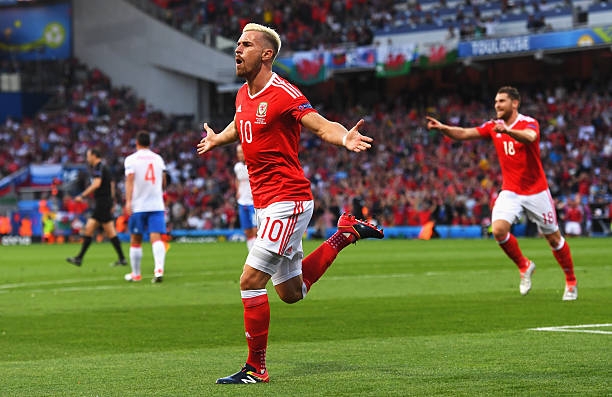 Arsenal released most of it’s players to go and play for their respective countries and do international duty. Aaron Ramsey was also in action for his country Wales when it took on Georgia in a World Cup 2018 Qualifier and the Arsenal midfielder had a great game overall as he was celebrating getting 50 caps as a Welsh midfielder.

Check out what the player tweeted yesterday after his national team won.

Aaron Ramsey has been among the top best performers for the gunners this season so the supporters and Arsene Wenger wouldn’t want to hear any news saying that Ramsey is injured or any other Arsenal player.

Aaron Ramsey has so far been playing as a central midfielder in almost all the matches he has started in which means that he could have started getting used to that position because he has always been rotated in many different places by Arsene Wenger in the past.

Aaron Ramsey was once a player that was really loved and adored by gooners all over the world but all that changed after he sustained a horrific injury that almost kept him out for a whole year and ever since he recovered, he has come a new person who is different from the old Aaron Ramsey but the player has started rebuilding himself.

Wilshere To Be Given Start Tomorrow

Sead Kolasinac Reveals Two Players He Loved So Much