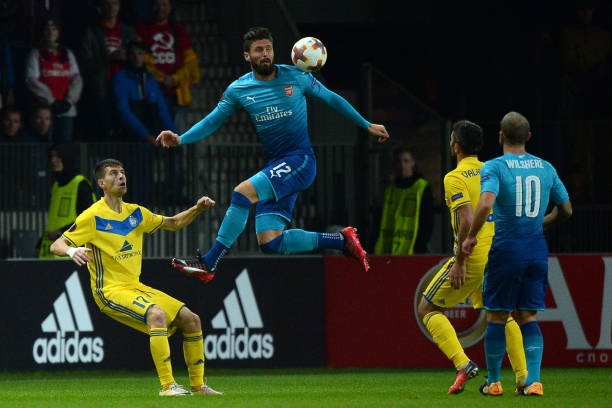 Arsenal are back in action tonight as they face Red Star Belgrade  in a bid to extend their good run in the Europa League  this season.

This is a match the gunners will need to win if they want to remain group leaders.

READ THE REACTIONS FROM FANS BELOW.

Out of Position FC

This is the team you get when you first start Ultimate Team & all the players are in teh wrong position ?

It’s not a friendly match.

The gunners will be hoping that they get this win because they would like to finish as group leaders in order to get a fair round of 32 but they will this time be facing a real strong opponent Red Star Belgrade who are 2nd placed in their Europa League group H with four points which is just less two of the six points the gunners have. This will be the best match of the group because the first and 2nd will be facing each other so this match will certainly determine whether the gunners will be the group leaders when the Europa League group stage matches end. Red Star Belgrade are currently first in their home league while Arsenal are currently sixth on the English Premier League table.

This will be a match which the gunners will want three points because they would like to stay at the top of their Europa League group H.

Reiss Nelson Reveals What He Will Do After Football