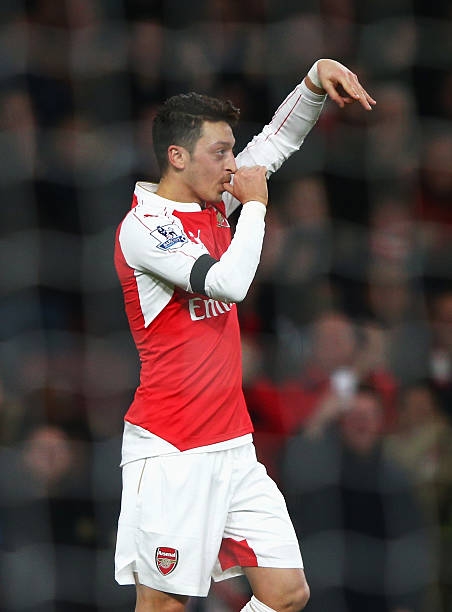 Arsenal midfielder Mesut Ozil is yet to sign a new contract to extend his stay at the Emirates stadium amid rumours saying that the German international wants to leave in January. Gunner’s legend Robert Pires has spoken out some comments about the situation of the German international and he says that the 27 year old is a great player and warrior.

The legend continues and says that;

“Ozil is a warrior who wants to win something.’ Said Pores.

‘To me, he seems so angry about the fact that Arsenal hasn’t put together the team with which he can make a difference. Arsenal have spent money only for Alexander Lacazette, €53m [£47m]. That is not enough to be at the top.” (Info credits – Daily Star)

The German international has. not always been in good terms with Arsenal legends and it is surprising to most gooners that Robert Pires would make such comments in favour of Mesut Ozil has been very furious with the legends of the North London club and once issued out statement saying he doesn’t like their comments on him as he urged them to support Arsemal and stop criticising.

There were reports this morning. that Mesut Ozil is no longer looking lively and happy while in training which has raised the speculations on the future of the former Real Madrid star because it is said that he wants to leave the Emirates stadium in this recent January transfer window which means that the supporters of Arsenal may have only 2 months seeing Mesut Ozil in their red and white stripes but this would mean that Arsene Wenger will need to bring a suitable replacement for the player because he is a fan favorite.

Mesut Ozil wasn’t given a start against Watford because he wasn’t ready because he was just recovering from an injury recently but most gooners were disappointed with their manager because they think it would have been better if he had started their away match against the hornets hoping that they would have not been defeated. Mesut Ozil is a top player at the Emirates stadium and he is a loved player amongst the supporters. The fans will get angry at the Arsenal officials if they decide to sell him yet he has helped them win three FA Cup trophies. The gunners were hoping that the old Arsenal era of selling their best players had ended back in the past four years.

Theo Walcott Speaks Out Ahead Of Europa Match