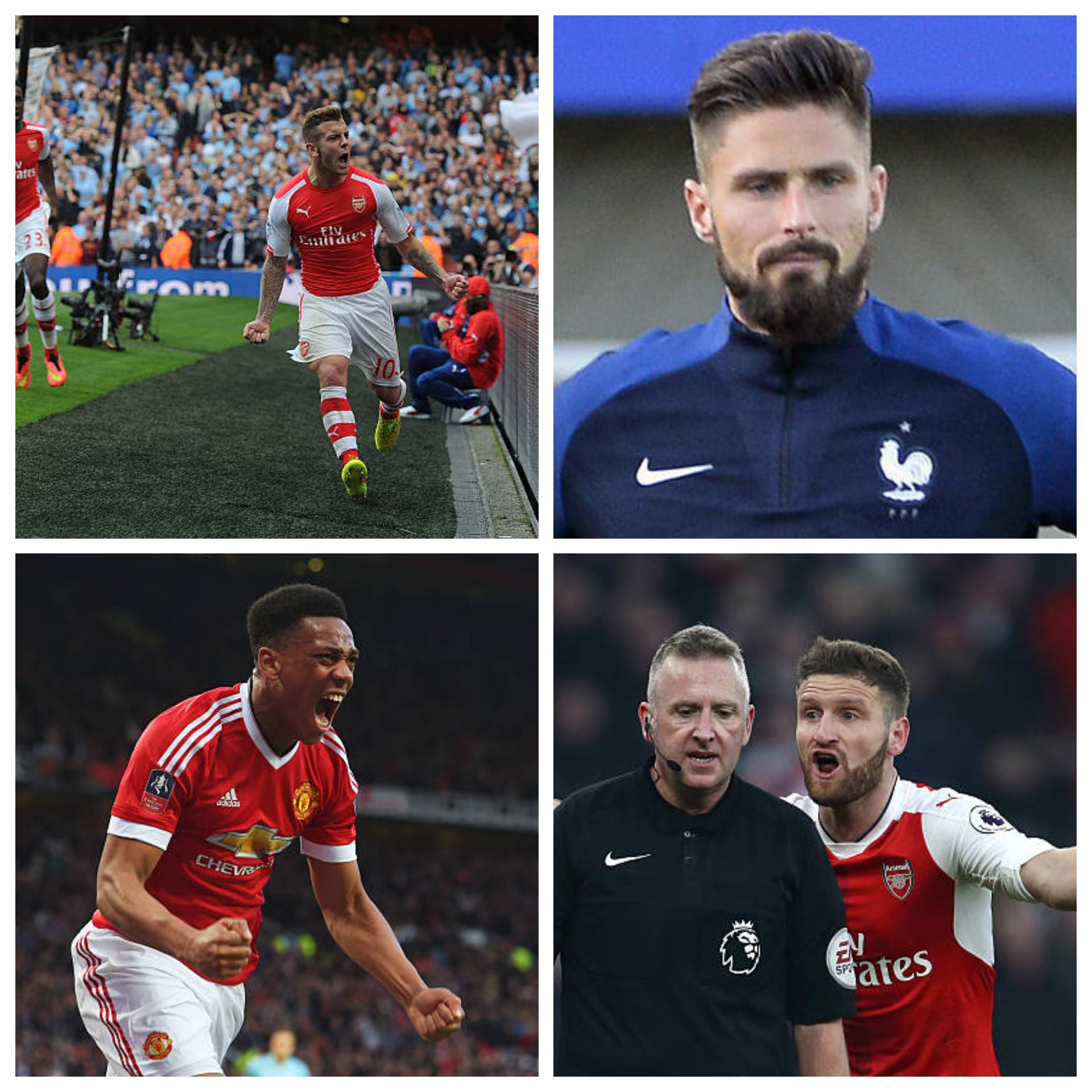 Arsenal True Fans is bringing you a round up of all the top stories that have occurred on this day 9th/Oct/2017. There has been a lot that has happened today with top stories including names of Olivier Giroud and Anthony Martial.

The morning was stunned with news all over news publishing sites that the gunners had a bid rejected for Manchester United star Anthony Martial but the report did not include the amount that Arsenal had offered.

Arsenal striker Olivier Giroud was this evening pleased with the news that his fantastic goal or as it is reffered as the ‘scorpion’ kick had become a finalist for thr PUSKAS AWARD. The Frenchman will be facing competition from two other players.

Olivier Giroud has today admitted that he was very close to joining Everton before he made the decision to join the Emirates stadium. The player says that he even had other options in France but decided to come to England and he says that he doesnt regret that decision because he is enjoying himself in the United Kingdom.

4. JACK WILSHERE SAYS THAT HE IS GETTING BACK TO HIS BEST.

Jack Wilshere has today stated that he is getting back to his best nowadays and promises to give his best for the club and hopes that he should not get injured midst the season this time.

5. MUSTAFI INJURED COULD BE OUT FOR MONTHS

Arsenal defender Shkodran Mustafi sustained an injury yesterday and there has been constant reports suggesting that the German international will be out for about 2-3 months because his injury is severe.