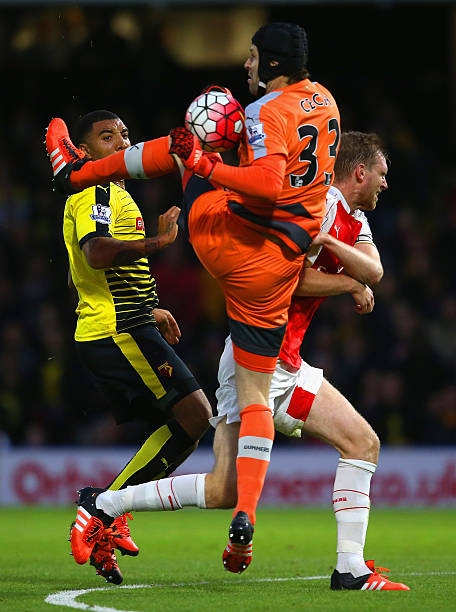 The English Premier League comes back this weekend with the gunners travelling to Vicarage Road stadium as they hope to collect all the three points from Watford. The last time these two met was on 31st of January this month and the hornets beat Arsenal 2-1. CHECK OUT HIGHLIGHTS FROM THAT MATCH BELOW.

Disclaimer: The video above does not belong to us and credit goes to whoever made and created this video. We won’t be responsible if its taken down but we apologise if that happens.Arsenal will be hoping to get three points and nothing else because they would like to keep up the pace on the top four. The gunners have started to rebuild themselves after their embarrasing start to the season that made them have only one win in three matches.

Watford have just also not be in that good in their last five matches which means that the gunners are the favourites to win the match but football is an un predictable match so it would be a good idea if Arsene Wenger underestimated them.