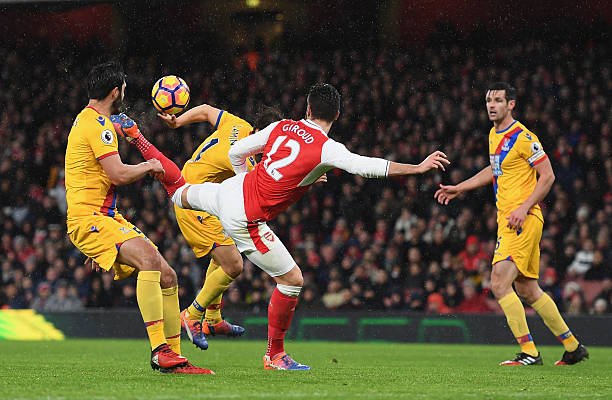 Arsenal striker Olivier Giroud has this evening been delighted with news that the goal or as it is normally referred to ‘the scorpion kick’ he scored has become a finalist for the FIFA PUSKAS BEST AWARD, Check out the goal below that made the player to be nominated.

Olivier Giroud will be facing to competitions for the award and surprisingly one is a female footballer who scored a stunning strike but we will soon find out if it was better than the one the Frenchman scored. Deyna Castellanos and Oscarine Masuluku are the other two finalists alongside the Arsenal striker.
Olivier Giroud has had limited chances this season after the gunners broke the bank to get Alexandre Lacazette from Lyon in the summer transfer window. The Frenchman has been starting all the English Premier League matches at the bench this season.