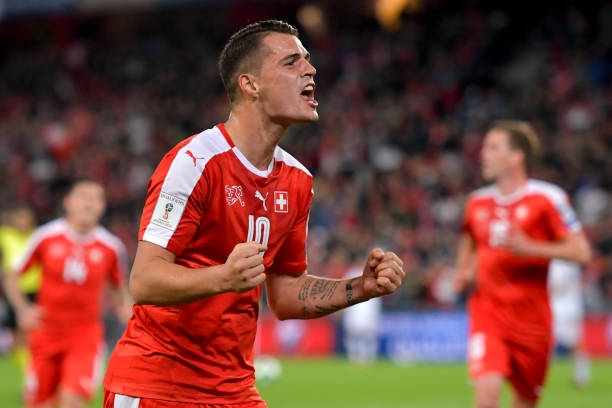 The gunners released most of it’s players to go back to their respective countries and do national duty. Granit Xhaka is also among the players that got released by Arsenal after beating Brighton & Hove Albion last week, Granit Xhaka was in action last night when Switzerland took on Hungary and he even scored,check out video below;

Disclaimer: The video above does not belong to us and credit goes to whoever made and created this video. We won’t be responsible if its taken down but we apologise if that happens

The Arsenal supporters will be hoping to see the good form he showed in last night’s match also showing it at the club level on Saturday when the gunners travel to the Watford stadium as the gunners hope to keep up the pressure on the top four who are just jot far from them.