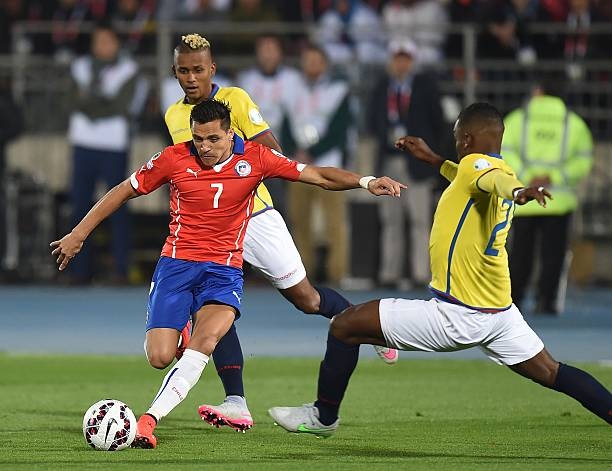 Arsenal midfielder Alexis Sanchez was the hero for his country Chile as he scored a late winner that helped them to win in order to keep their hopes of qualifying for the 2018 WORLD CUP that will take place in Russia in a one year’s time. Let us take a look at the video of the goal scored by the 28 year old last night in the 85th minute.

The gooners are happy that their player scored because they want him to be active and in scoring mood when he comes back from the international break. Alexis Sanchez is starting to rebuild his confidence after the gunners reportedly blocked his move from the Emirates stadium to Manchester City in the summer.

Arsene Wenger will be hoping that his star players like Alexis Sanchez do not get injured during doing national duty because the gunners will need them this busy October which has tricky fixtures which will be needing a full squad. Alexis Sanchez has been impressive for both Arsenal and Chile.