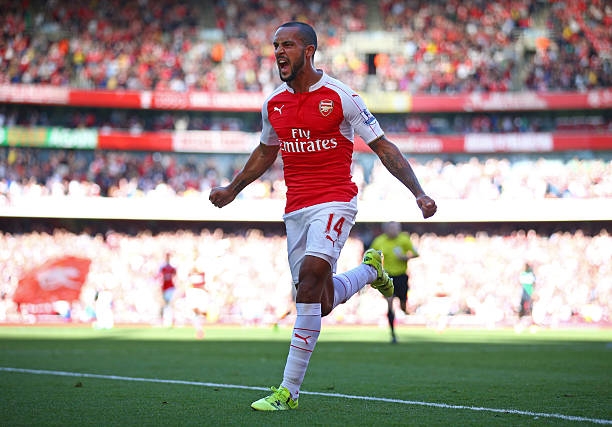 Theo Walcott has spent many years with the gunners and it is no surprise that he has surpassed the 100 club goals mark because he has been at the Emirates stadium since joining the club in Janaury 2006. The English midfielder scored his 100th on 20th February in the fourth round of the FA Cup in a tie against Sutton United.
<

Theo Walcott is currently facing it rough because the English midfielder anymore even though the player always tries to make an impression but is then dropped in order to begin youngster Alex Iwobi who has less experience compared to Theo Walcott who has been a footballer for about 10 years.

Theo Walcott is currently being linked with an away move from the Emirates stadium in January because it is said that the Englishman is not happy about how he is being treated. Walcott was once thought to the next Thiery Henry back in the early days.