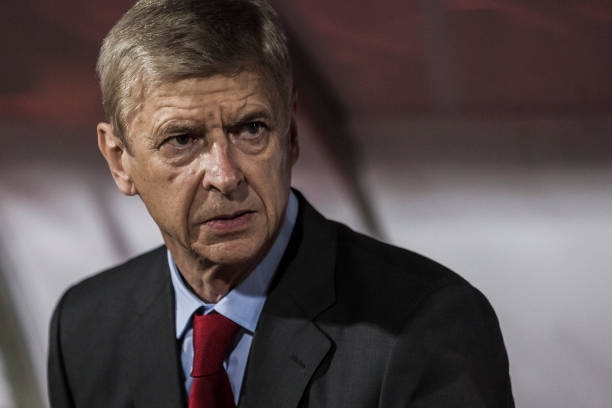 The gunners defeated Red Star Belgrade in the last minutes of the match after a frustrating 90 minutes of trying to get past the defense of the Serbian club but Jack Wilshere and Olivier Giroud linked up well to give Arsenal a much needed win. Arsene Wenger was looking frustrated before the Frenchman put the ball behind the net but it was quite evident that he was glad that his team won when they were miles away from home.

Arsene Wenger says that he was so happy that his club won and he says that he has noticed something different and good in his squad;

“Well I believe that you know you win when you can and we don’t decide that, overall I think what is remarkable is the spirit that we have shown today and fighting. The manager told arsenal.com

‘Together in a game that was very physical and in the end we got the winner because I think they defended very well with a lot of determination and but as well the goal is a consequence of us really wanting to play through them, so it was a bit had the fact that we didn’t give up and wanted absolutely to score. ” said the manager.

The manager says he believes it was a very difficult match with high intensity that he didn’t expect when he travelled with a youthful club who are usually un experienced when it comes to European football but most of them got happy as they got their European debuts which is very important in their career building.

Although the gunners won last night’s match, the game has raised a lot of questions on whether the gunners got any capabilities of trying to bring the Europa League trophy to the London city after they were struggled with this kind of club where everyone would bet that they can’t beat a top club like Arsenal but that wasn’t the case as the gunners got under pressure with Petr Cech being the hero with some wonderful saves in the first half.

Arsenal have now won three matches our of three matches and have obtained a maximum of nine points and are currently at the top Of their group H table. The gunners are hoping to finish the group stage matches as group leaders in order to get a fair round of 32 draw.

Wenger Reveals What Giroud Told Him On Touchline