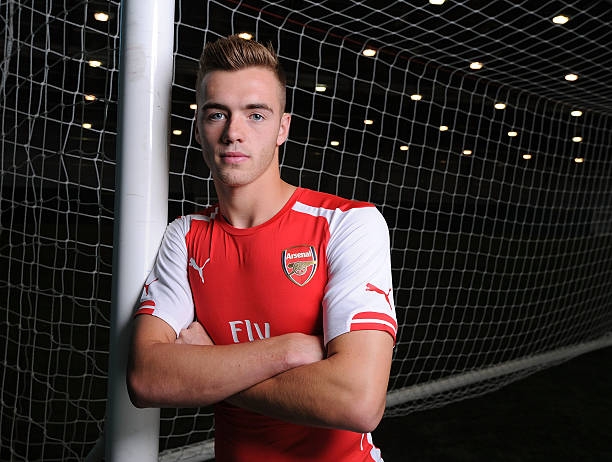 “He’s a young centre back and you know that he’s going towards his best period now,” Wenger said. “He played a complete season at Middlesbrough -on loan last year]” said the manager. (Info – arsenal.com)

The young English international signed a new 2 year contract extension and the player was very happy that he will be staying at Arsenal for more years.

Calum Chambers said that he is eager to win many trophies with the gunners and will be hoping that he gets given more chances by Arsene Wenger so that he shows the fans his talent but he is currently injured meaning the gunners have got many defenders on the sidelines.

The gunners are disappointed with the Arsenal officials for minding about extending contracts of less important players like Calum Chambers while there are top best players like Mesut Ozil and Alexis Sanchez whose contracts expire in next year’s summer.

Per Mertasacker Has Something To Say On Watford Match