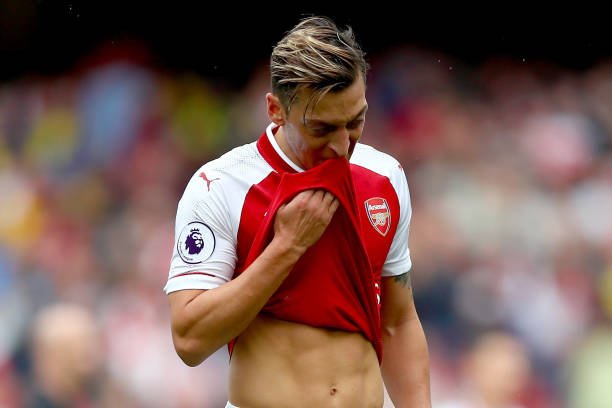 Arsenal have so far played three matches without their first choice player maker Mesut Ozil who has been struggling to get back to fitness after he sustained a short injury last month. Most gooners have already started saying that their club is much better without the German because they believe that the former Real Madrid star slows their game down and that he is too lazy, but the team has lacked sharpness infront of goal due to Mesut Ozil not being in the squad and it isn’t fair for Arsenal supporters to underrate the midfielder because he has so far helped the team win three FA Cup trophies since he arrived at the Emirates stadium.

Mesut Ozil became the most expensive player to ever be signed Arsenal in 2013 after he arrived on a record fee of £42 million from Spanish giants Real Madrid and he has since established himself to become a fan favourite in the English capital and he has been nicknamed by gooners all over the world like ‘assist king ’ to mention but a few but they have usually complained about the playing style of the 27 year old as they say that Mesut Ozil is too soft in matches they need him the most like the embarrasing 4-0 defeat to Liverpool . Mesut Ozil has continually made it clear that he does not like it when he is criticised about his body language and he even blast some former Arsenal players who are now football pundits in big sports companies as the German international said that they should stand behind the team and support it.

The Arsenal supporters believe that they have many players that can play Mesut Ozil position and Aaron Ramsey who they think had the best qualities than their current first choice player maker. According to the above statistics by Squawka, it shows that Mesut Ozil is still the better player because he has so far created more gardens than the Welsh international who is usually played out out of different positions at the Emirates stadium.

Mesut Ozil has been heavily linked with a number of best European teams and there are reports from a un disclosed source bit that the report Mesut Ozil is ready to leave the Emirates stadium in January because he is fed up of club and critics who have been saying bad things about player but there are some signs he still loves the club as he usually congratulates squad after matches he did not take part in.

Who Mesut Ozil Will Replace After Fully Fit

Jack Wilshere Has Proved That He Is Back At His Best