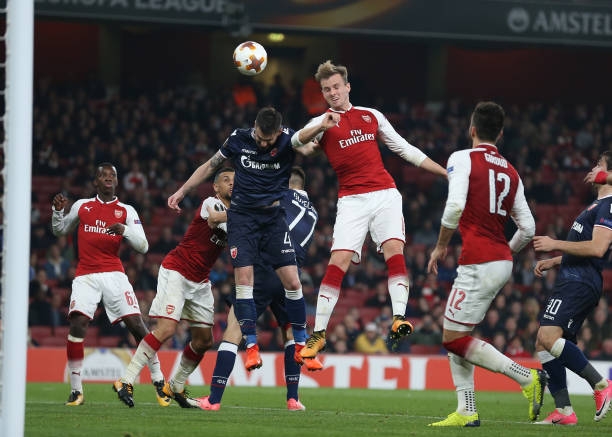 The gunners welcomed Red Star Belgrade at the Emirates stadium last night and Arsenal made goal less draw with the Serbian club.

Arsene Wenger came into this match alongside his squad hoping to register another three points after they beat Red Star Belgrade at their home stadium in Serbia but what came as a surprise to the French manager is that their opponents were very determined last night and showed fighting spirit against Arsenal throughout the full 90 minutes.

Arsenal started the match with charisma and showed some great potential which prompted gunners to rest assured that their squad was gonna ease off Red Star Belgrade in the first 45 minutes but that wasn’t the case cause they held the pressure from Arsenal players until the referee blew the whistle putting the game to and end. The gunners have been facing low competition in their first two Europa League matches but it seems the Serbian club will be a tough opponent for Arsenal.

– Arsenal hasn’t lost any match at the Emirates stadium since the start of the season.

– Arsena have been at the top of their group H Europa League outstanding since first day of group stage matches.

The gunners are now first On their group H take with 10 points.