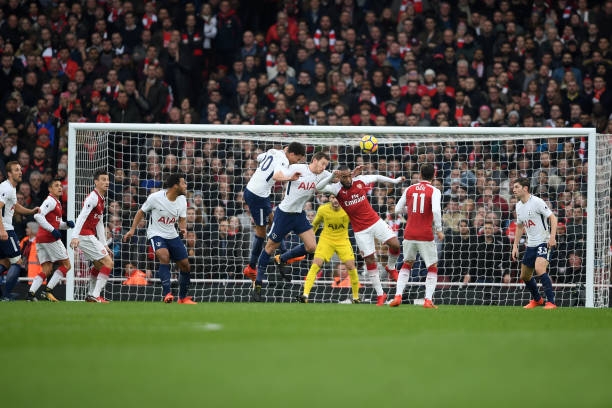 Arsenal came into this match well knowing that it was a must win match for the gunners because they had been underperforming recently but they today beat Tottenham Hotspur 2 nil at their home ground thanks to goals from Alexis Sanchez and Shkodran Mustafi.

The gunners opened the scoring in the 36th minute after Shkodran Mustafi headed home a cross from Mesut Ozil which gave the gunners momentum to have some bit of self confidence in themselves for pushing for a 2nd goal which didn’t take long to also enter the Spurs net. Arsenal’s 2nd goal against Tottenham Hotspur came after just after 5 minutes from the first with Chilean international Alexis Sanchez got a squeezed ball from Alexandre Lacazette who had got behind the defense of Tottenham Hotspur to gift the gunners a 2nd goal.

1. Arsenal players are usually very committed and pushing for a win against Tottenham Hotspur.

2. The North London derby is a very un predictable match because most people believed that Arsenal will lose.

3. The trio of Alexis, Ozil and Lacazette is slowly starting to develop well to be a deadly trio.

4. This was Alexis Sanchez first goal against a top 6 team this season.

The gunners have obtained all the three points which makes them move from the 6th position to above but will have to wait for some results of other teams that are close to Arsenal on the table.