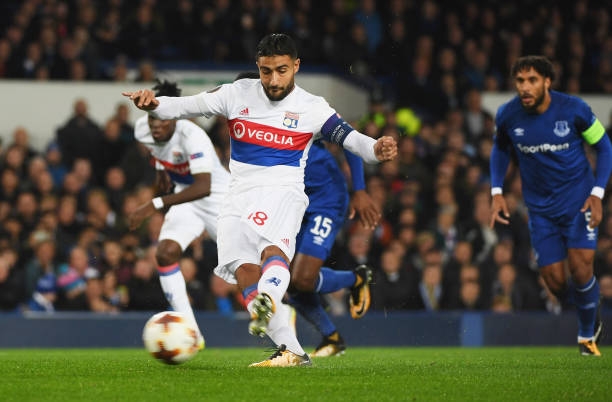 The gunners have had a poor start to the 2017/18 as they are currently in the 6th position with only 19 points so they need a new signing to improve on their squad.

The gunners have received the best news they have been waiting for in the recent weeks. There has been a report by the DAILY STAR which says that Arsenal have completed the signing of Lyon playmaker Nabil Fekir and that the only thing remaining is the gunners making the £60 million payment to the French club as they wait for January in order to make the official announcement.

This news comes after it has been reported that Mesut Ozil has been offered a whooping offer by Atletico Madrid. It is said that Arsene Wenger isn’t ready to wait up to January for Mesut Ozil to make a decision whether he will be staying at the Emirates stadium for more years so the French manager has started to look for other ways and he has identified Nabil Fekir as the best perfect replacement for the German international.

It is said that the gunners are currently in advanced negotiations with Nabil Fekir representatives and that the player is ready to join the Emirates stadium in January because he wishes to link up with former teammate Alexandre Lacazette who they will now be teammies again. The gunners will now be confident enough to let Mesut Ozil make his decision whether he wishes to stay at Arsenal for more years so if he doesn’t accept, a perfect replacement is already available starting from January.

Nabil Fekir is a top midfielder and playermaker who will improve the creativity of the Arsenal team but most gunners are worried that £60 million is too much for the player but are quite surprised that Arsene Wenger is gonna break the Arsenal transfer record twice in the same season. The gunners will be waiting for the official statement from the club in the next few days.