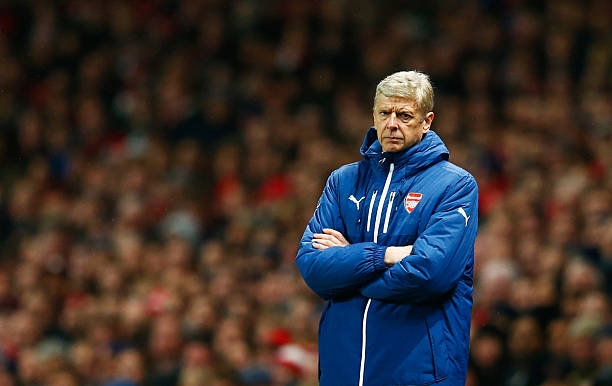 Arsene Wenger recently put pen to a new contract in May order to extend his stay at the Emirates stadium amidst protests from fans.

The gunners were disappointed with the decision of the French manager after he decided to stay at the North London club even though the supporters were against it. Arsene Wenger has been speaking about the way how the season is going and how his club is fairing this season and he says that he will bounce back in next months.

Arsene Wenger was asked on how his future will be after leaving the gunners in July and if it is possible for him to manage an international side (national team).

“Maybe, I will do it at some stage but now I like to be involved in the life of a club.’ the manager told BeIN SPORTS.

‘I believe the real experience to manage a team is on a daily basis. I will not always have the physical strengths to do that so maybe I will move into that’

‘I have not decided that but it is a fact that my life is linked with football. In what way will be linked with my physical state.”

The gunners will be excited when the 2 years that were extended on Arsene Wenger’s contract expire because they usually blame him for the club’s misfortunes who say that the tactics of the Frenchman are outdated so they can’t be used in modern football which has a lot of pressure.

Arsene Wenger promised the supporters a new squad that can compete for silverware this season but it seems the manager has failed to keep the promise because Arsenal is currently 6th on the table with 19 points which has made everyone to write off the club in the capable teams to make a challenge for the trophy this season.