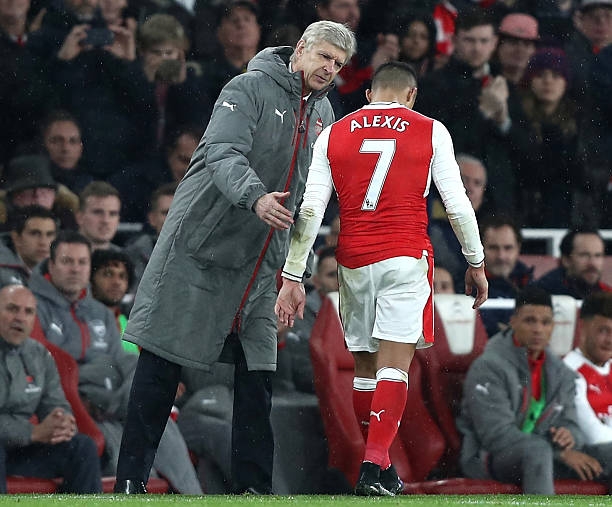 The gunners have been trying to convince Alexis Sanchez to stay at the Emirates stadium for more years but it seems they have found a suitable replacement.

Alexis Sanchez has a few months remaining on his current contract at the Emirates stadium and there hasn’t been any visible signs that the Chilean international is willing to start negotiations with the clubs over a new deal because current contract stats that he will leave in 2018 summer.

There has been a report today by METRO which says that the gunners have reignited interest in PSG star Julian Draxler over a loan deal for the German international in the January transfer window because Arsene Wenger is currently afraid that the gunners may lose their star Chilean player in January because he even said that they are top European clubs that want the winger after the win against Tottenham Hotspur. It is said that the gunners begun negotiations with French giants in order to try and convince Julian Draxler to come to the Emirates stadium.

Julian Draxler has been a long term transfer target for Arsenal because he has always been linked with a move to the Emirates stadium in almost every transfer window but it seems this might be the time that Arsene Wenger does make a serious move for the 24 year old midfielder but the tough to ask will be if he is willing to accept loan move, the gunners don’t usually have players that have come on loan so this might come as a big surprise to them.

The gunners have started the season on a poor note and most football analysts say that it isn’t good for the North Londoners to keep two contract rebels ( Ozil and Sanchez) at the club because they will limit the progress of the team, there hasn’t been any official statements on whether they will sign new contracts and Arsene Wenger usually avoids that question when it is asked by the reporters or says that there is no update.

There has been continuous reports of players being linked to Arsenal and Julian Draxler and it seems that the gunners will be making a move for the player because Arsene Wenger is tired of waiting for Alexis Sanchez to make decision.

Arsenal To Complete Transfer Of Midfielder, Is He Ozil’s Replacement