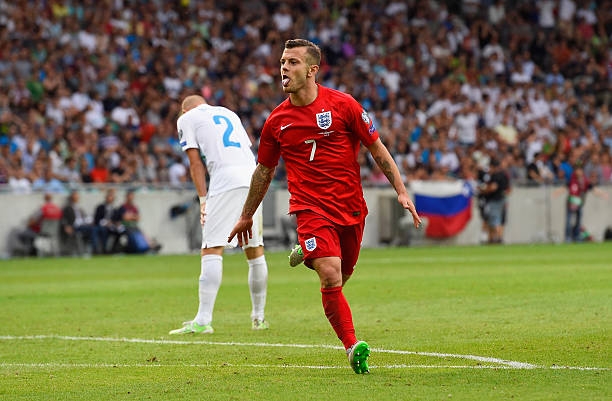 Jack Wilshere was left out of the England squad to play this week’s matches even though the European country has many injuries but that still wasn’t a chance to give him a call up.

There has been strong criticism launched towards England manager Gareth Southgate for leaving out fully fit Jack Wilshere and was condemned by many football pundits with the player also revealing how his is disappointed.

Gareth Southgate has finally also opened up on why he left the Arsenal midfielder out of the England squad and he says that Arsene Wenger is playing the English international out of his position in the recently played matches.

“Jack played as a number 10 all of last season on loan at Bournemouth.’ the manager is quoted by METRO.

‘That is not the way we are playing. When we have played with a 10, we have had Dele and Lallana. But we are not playing with a 10 tomorrow against Germany on Friday.’

‘I do not think Jack is a 10. I think he is a deeper player, but he is not playing deeper. You would have to ask Wenger why that was.”

The England manager has launched an attack against the Arsenal manager by accusing the Frenchman for playing Jack Wilshere out of his right position which has prompted Gareth Southgate to leave him out from the squad to play against Germany.

The gunners will be hoping to hear some reply from Arsene Wenger because there have been strong rumours circulating that Jack Wilshere is interested in leaving the Emirates stadium in January because he sees that his future is in the air with him slowly losing value. Jack Wilshere has been a loyal Arsenal player ever since he made his debut at the age of 17.

Jack Wilshere has had chances limited this season as he has never made an English Premier League start in this 2017/18 campaign.

Olivier Giroud Finally Opens Up On His Future

Petr Cech Accused Of Not Having Courage