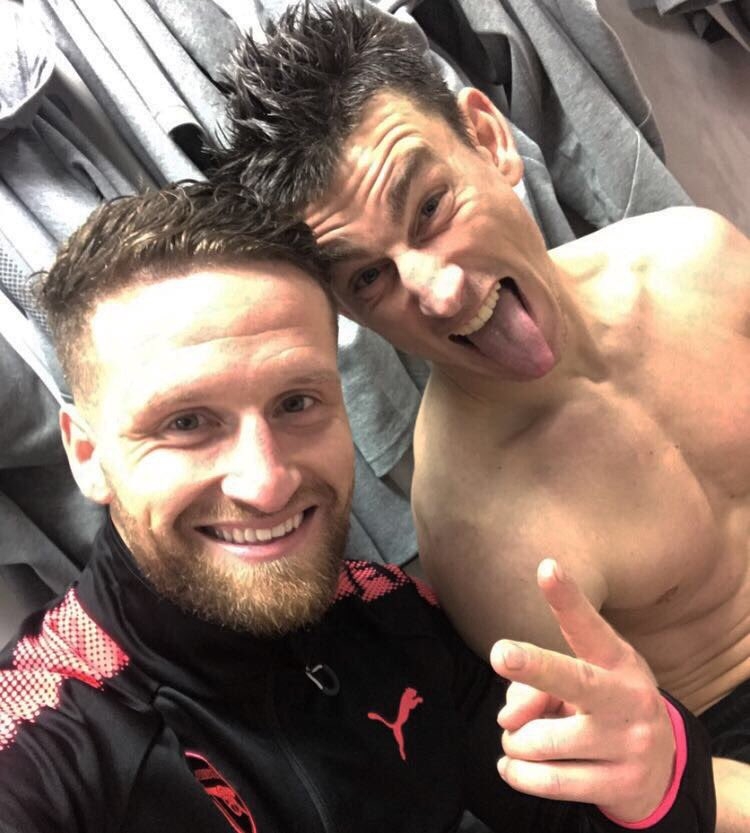 The gunners played Burnley today and Arsenal obtained all the three points thanks to a late penalty goal from Alexis Sanchez in the 90’s.

Shkodran Mustafi was among the players that were named in the squad that travelled to Turf Moor today and the German international was also given a start by the manager after his impressive performances against Tottenham Hotspur.

The defender was also very happy about the performance of him and his teammates and took to Instagram and posted a funny picture of him and Laurent Koscielny making funny faces.

???There’s not much better than those last minute wins! Glad we kept a clean sheet! COYG ??? #BURARS #sm20 @arsenal

The player said in his post “ There’s not much better than those last minute wins! Glad we kept a clean sheet COYG” with many supporters thanking him for his remarkable performance today.

The supporters were very happy about the performance of the back three today because the attack had failed to penetrate past the defense of the opponents, it would have been bizarre if Burnley had opened the scoring in today’s match so it was thanks to the defense and the goalkeeper who kept a clean sheet against the Clarets.

Related Topics:ArsenalBurnleyShkodran Mustafi
Up Next

Wenger Reveals How He Made Sanchez Look Dangerous In 2nd half

Arsenal Lineup Vs Burnley And Reactions