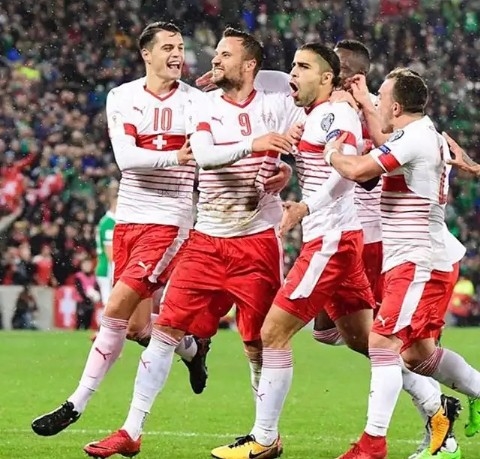 The gunners released most of their players on Monday after losing against Manchester City in a match which Arsenal believe was poorly officiated.

Granit Xhaka was also among the players that were released because his country Switzerland called him up. The midfielder was given a start when his country took on Northern Ireland last night and he had a great match with Switzerland winning the match as they will be waiting for the 2nd leg.

The Arsenal midfielder was very excited to have helped his country get a win and then took to social media to update his Arsenal followers.

??A very good win away to a tough opponents and a massive step fowards Russia? ?? ⚓#GX10#RoadToRussia

The gunners will be wondering why he doesn’t put up such good performances when playing for Arsenal because most football analysts have been accusing Granit Xhaka for misplacing passes in the recent past matches.

Granit Xhaka has been a regular starter for Arsene Wenger but most gooners believe that it might be the perfect time for the manager to bench the Switzerland international and then try giving Jack Wilshere a start in the English Premier League.