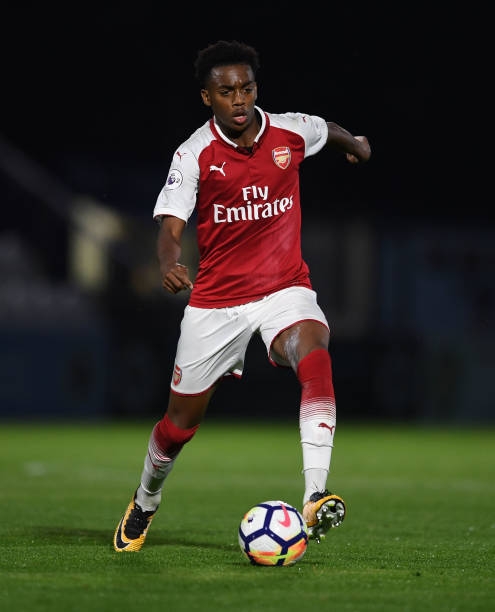 Joe Willock was among the teenage players that were given a start against Red Star Belgrade last night at the Emirates stadium.

The gunners were held to a goal less draw with the Serbian club after it looked and determined to avoid to concede and Arsenal teenager Joe Willock has something to say on how him and the teammates faced the spirited Red Star Belgrade last squad.

“It was good, it was harder than we expected to be honest. They sat behind the ball and they defended well. It was a good game.’ the Englishman told arsenal.com

‘To be honest, the aim was to top the group today, to take some pressure off for the next games. But we got through and that was the main aim really”

The young English international says it is a very great opportunity to play for a club such as Arsenal and says that it has always been his dream to play for the North Londoners so the youngster is greatful to Arsene Wenger for always trusting in such matches.

Joe Willock had a great game against Red Star Belgrade last night which proved that the teenage midfielder has got potential and is expected to bring in the ability he makes in the U23 to the first squad which could be an upgrade on his career at such a young age.

Arsenal has been one of the top European clubs that promotes the talent of youngsters in the last decade because of their manager Arsene Wenger so it is no surprise that we are seeing lineups of Europa League containing names like Joe Willock, Reiss Nelson and Macey.

Wenger Praises Matt Macey And Reveals Why Gave Him Chance