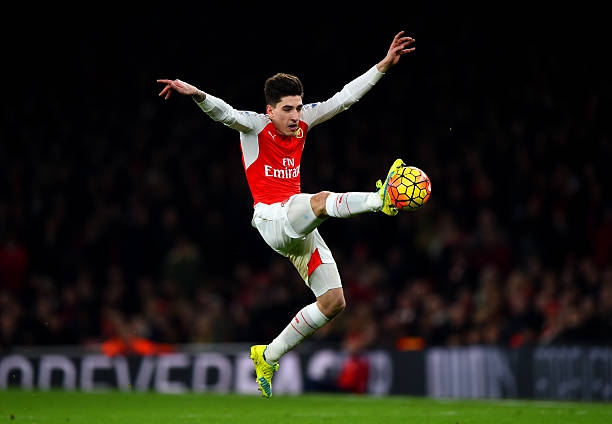 The gunners will be at a risk of losing Hector Bellerin in the January transfer window after it has been revealed that Juventus are interested in the right back.

The gunners have started this season on a poor note and most of their players have underperformed with most football analysts saying that the Arsenal defense is very weak.

According to a report from TuttoMercatoWeb, it is said that the Italian giants will be making a strong move for the Spanish international midst the season in January because they are currently injured need of a top right back after losing Dani Alves and failed to get a replacement.

The report says that Juventus have already made negotiations with the player’s representatives meaning the decision is only left for the Arsenal defender to make a decision whether he is interested in joining the Serie A league which isn’t that pressurising as the English Premier League.

Arsene Wenger will certainly make a comment on these rumours to confirm whether they are true or just rumours but the French manager has practice of not revealing any information to the media on issues concerning transfers of players, but the Arsenal supporters will be hoping that these rumours are false because Hector Bellerin is an important player at the Emirates stadium.

There are some reasons which could trigger the transfer of Hector Bellerin to Juventus because the Spanish international once said that he doesn’t like the new formation (3-4-3) which Arsene Wenger is using in this year’s campaign because he isn’t like the role of a wing back and would prefer his usual right back position.

Most gooners would be greatly disappointed with Hector Bellerin if he decided that leave the Emirates stadium because they are the team that have promoted his talent and put him on an international stage.