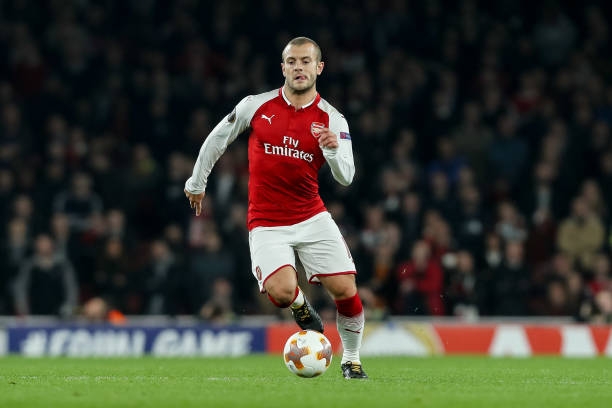 Jack Wilshere had chances limited this season as he has not been getting many opportunities in the English Premier League.

Jack Wilshere has not been getting any chances in the league ever since he came back from the slight injury which had made him miss the opening match of the English Premier League.

The failure to get starts in the English Premier League seems to be ruining his international career because he wasn’t selected in England’s squad to play the World Cup Qualifiers this week. Jack Wilshere made some comments on the decision made by the England manager to leave him out of the squad.

“Yeah of course, I was gutted.’ Wilshere told Sky Sports.

The gunners will be hoping that Arsene Wenger starts giving him more chances in the English Premier League because they wouldn’t wish that the English midfielder leaves the Emirates stadium because he wants more play time. Arsene Wenger has always narrated that he is finding it hard to pick up lineups this season because he has many players registered in his book.

Jack Wilshere is a loved player at the Emirates stadium due to his ability to open up defenses but the only main problem he has had in his career is constant injuries who have been stopping him from fully shaping his footballing career.

Report:Mesut Ozil Rejected A Move To Fenerbahce, Where He Is Going Or Is Staying ?

Sanchez Vs Lemar ( Stats Reveal Who Is Better)