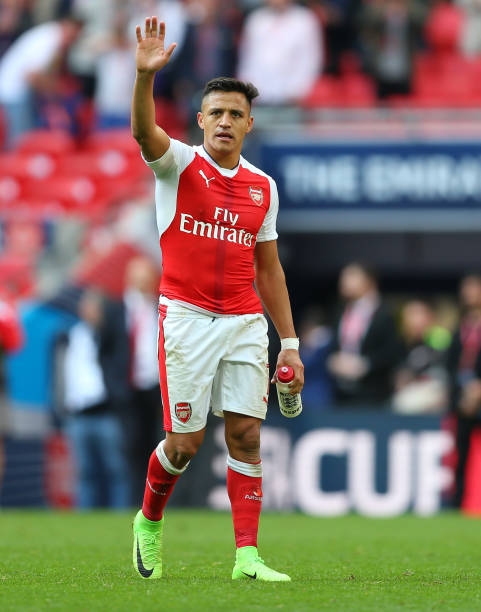 Arsenal winger Alexis Sanchez has got only a few months remaining on his contract at the Emirates stadium.

There has been continuous transfer speculations over the future of the Chilean international over the past few months. There has been a new report by the EXPRESS which says that Real Madrid will be making a strong move for the Arsenal winger in the January transfer window which is just one month away from now.

Alexis Sanchez is yet to put pen to a new contract at the Emirates stadium and there has been no actual signs that could prove that the gunners are soon starting negotiations to try and keep the player in North London for some more years but they will have to be quick now to try and convince the Chilean international to stay because Real Madrid that has enough funds to secure the services of the 29 year old.

Alexis Sanchez has never opened up on the transfer speculations that has been trending over the future his future at the Emirates stadium but all Arsenal supporters wouldn’t wish to part ways with the Chilean international because he considered their best player alongside Mesut Ozil who both have only a few months remaining on their current contract terms.It is said that Alexis Sanchez is fed up of Arsenal and wants to play for a club that is in the UEFA Champions League and this is backed up by the statement he made during this year’s summer transfer window, the player said that ‘ I want to play for a club that plays in the UEFA Champions’ but Arsene Wenger rubbished off that statement by saying that he does not believe in translated content.

Arsenal supporters will be hoping to see how the player reacts to this rumours which are suggesting that Real Madrid may make a move for the 29 year old.