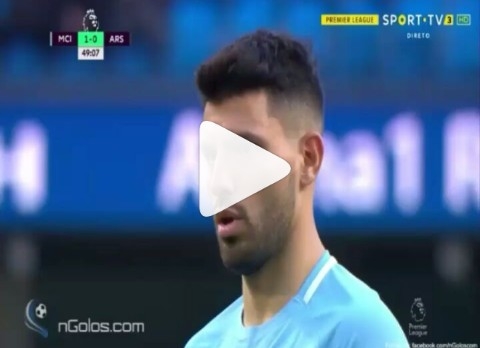 ​The gunners are currently playing Manchester City  at the Emirates stadium today as they hope to end the citizen’s un beaten record.

Arsene Wenger has made the biggest surprise of the week as he has finally changed his formation today to which has 4 at the back.  Manchester City have  now two goals thanks to a penalty goal by Sergio Aguero after careless defending from the North Londoners.