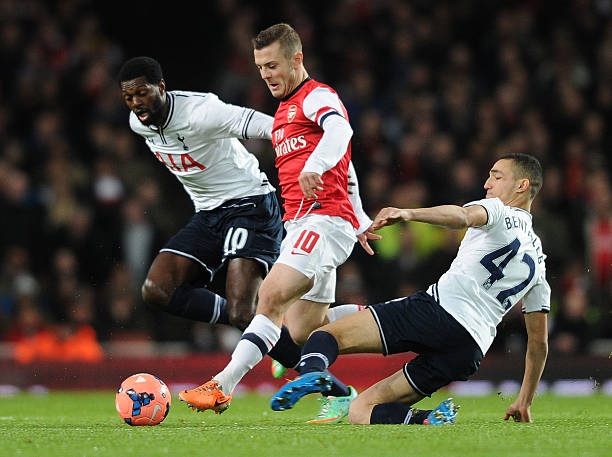 The gunners will be welcoming Tottenham Hotspurs at the Emirates stadium on the 18th of November.

Arsenal will be playing their arch rivals Spurs in about a week and half from now and Jack Wilshere has spoken about their current situation and if they will be able to stop Tottenham Hotspurs who are currently on a good one. The midfielder said;

“They have come a long way in the last few years. They finished above us last year and we want to finish above them this year. ’ said the English international in an interview with SKY SPORTS.

‘It’s a massive game, and we’re looking to get three points. We will be ready for it.”

The gunners will come into this match hoping to get a win because they have faced a lot of challenges this season and Jack Wilshere says that understands the frustrations of Arsenal supporters but believes him and his teammates will put up a fight against Tottenham Hotspurs so gooners should expect three points.

Jack Wilshere has had chances limited this season as he has not been given a start in the English Premier League because the gunners have a lot of squad depth but the English international will certainly break into Arsene Wenger’s starting squad that usually starts EPL matches.

Jack Wilshere is known as a passionate Arsenal player, a true gunner who is even said to be a player that doesn’t like Tottenham Hotspurs and usually trolls the other North Londoners so this one of the reason why he is loved so much by gooners.

Petr Cech Accused Of Not Having Courage

Bad News For Gunners Ahead Of Spurs Match