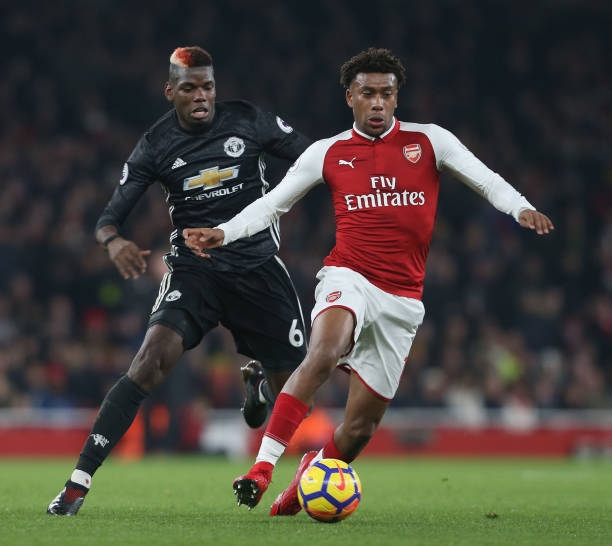 The gunners were defeated yesterday when they welcomed Manchester United at the Emirates stadium and lost 3-1 at their home ground.

It wasn’t Arsenal’s day yesterday because they had many chances but failed to make a difference to the score board hence failing to maintain their home un beaten record for this season, and are also now out of the top four.

Alex Iwobi was brought into the match after the gunners defender Shkodran Mustafi surprisingly got injured and the Nigerian international had some great chances but all in vain, the player had this to say after the match;

“I am very frustrated. You could see the passion and the aggression we played with today but unfortunately it was not to be and we just need to credit Manchester United.’ th midfielder told arsenal.com.

‘We were pushing to get the equaliser had a few chances but credit to their keeper he made a few good saves. We did not take our chances and they capitalised on that and made it three, which basically killed the game.’

The gunners seemed to be very frustrated after the match because they showed some bit of commitment and determination to win the match but the red devils were saved by their goalkeeper David Degea who denied most of the Arsenal goal attempts.

There was also some penalty denial complaints to the referee in the favour of Arsenal but the referee didn’t accept the. complaints and some supporters believe that the result would have been better if they were awarded those penalties.

Alex Iwobi says that he feels very apologetic to the supporters who had come to support the team at the Emirates stadium an says that he doesn’t really know if those penalties were wrongly denied by the referee because he was not near the incident but says that it was the officials call, so nothing to do about it.

Related Topics:Alex IwobiArsenalManchester United
Up Next

Petr Cech: We were un lucky against Manchester United