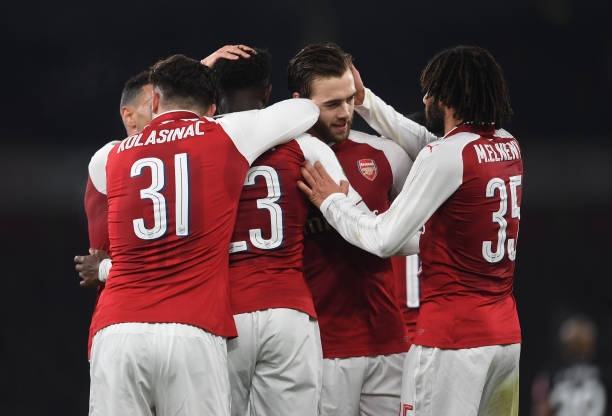 The gunners played against the hammers yesterday at the Emirates stadium and won the match 1-0 thanks to a goal from Danny Welbeck.

Arsenal were playing their EFL Cup ( Carabao Cup) quarter finals yesterday with the gunners fielding their 2nd team squad but were very able to get a win past the first team of West Ham United who had come hoping to win against the gunners.

The gunners win means that they have qualified for the semi finals of the EFL Cup something where they have never reached that stage before in the last three seasons where they could easily get knocked out of the competition at the early stage.

CHECK OUT THE FULL HIGHLIGHTS OF THE MATCH.

The gunners have had a pretty rough season but have been very successful in the EFL Cup where they have won all the matches and are now in the semi finals of the competition giving Arsene Wenger the chance to finally win the cup because he has never won it.