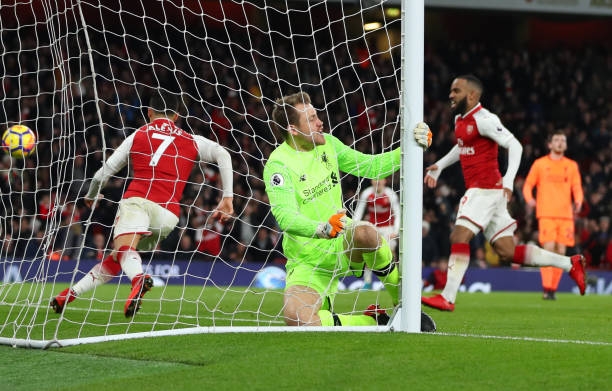 The gunners welcomed Liverpool at the Emirates stadium on Friday night as they hoped to move into the top for by beating the reds but were led to a draw by Klopp’s men.

Arsenal has been underperforming against the top teams this season and most of it’s supporters were very worried about the Friday night fixture because they no longer trust the squad anymore due to the results of the past few months.

The match begun very lively for both of the clubs but it was Liverpool that took the lead first in the 26th minute thanks to a goal from Coutinho which surely drained the hope of the home fans with the first match ending with the reds leading by one goal. The 2nd half was very hot because Liverpool doubled their lead after just 7 minutes into the 2nd half but Arsenal then made a response right away with Alexis Sanchez pulling one goal back which seemed to have been a morale booster to guide them into improving their performance.

Arsenal midfielder Granit Xhaka equalised for the gunners after the midfielder fired a rocket from outside the net which then went into the back of the net making the scorers level, the gunners were now filled with confidence and immediately scored the third goal through their attacking midfielder Mesut Ozil in the 58th minute of the match making them go ahead but their lead wasn’t enough to let them get all the three points because they then later conceded in the 74th minute after poor defending from Arsenal who were caught a sleep.

The gunners have yet again slipped the chance to move into the top four of the English Premier League after making a draw with the reds on Friday which is very costly for Arsenal who might lose some of its sponsors if they do not qualify for the UEFA Champions League again next year.