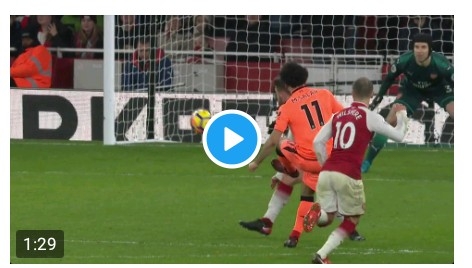 The gunners welcomed the reds at the Emirates stadium last night with both clubs looking to end the first half of the season with a win against a top team.

Arsenal came into the match with a lot of confidence because they have been outstanding when playing at their home ground but were put to panic by Liverpool when the reds went two goals ahead of the gunners.

WATCH THE HIGHLIGHTS OF THE MATCH BELOW.

This was an outstanding match because both teams had a time where you could think that they are gonna win the match but both made miraculous come backs hence all sharing the points. The result will be more disappointing for Arsene Wenger‘s men because they were hoping to move into the top four before Christmas but have failed so the fans will be hoping to see new faces at the club in January.

The gunners will be looking forward to the January transfer window because they aren’t happy with the performance of. their squad in the English Premier League.