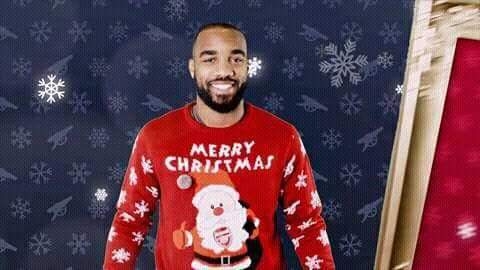 The gunners have been underperforming this season but today is a very special day because it’s the Christmas day everyone is usually looking forward to.

The players have received a chance that they do not have any match on this special day so they are free to enjoy the day in any way they want so some are spending their day with their families.

We have brought you some reactions of the Arsenal players through their social media accounts because those social networks are the only way the players can interact with their fans.

We'd like to wish all of you celebrating today a very merry Christmas! ??? pic.twitter.com/gLntIqpiQc
— Arsenal FC (@Arsenal) December 25, 2017

We wish a merry Christmas from the Arsenal Team ! Have a great time with your family and enjoy ❤️?? pic.twitter.com/MX95xgbCAj
— Jeff Reine-Adélaïde (@jreineadelaide) December 25, 2017

The gunners will be going back to action on this festive week on Thursday as they will be facing Crystal Palace as they begin the 2nd legs of the English Premier League. The gunners have many players of different religions so some might not celebrate it.

Arsenal Face Huge Injury Blow That Will Affect Them