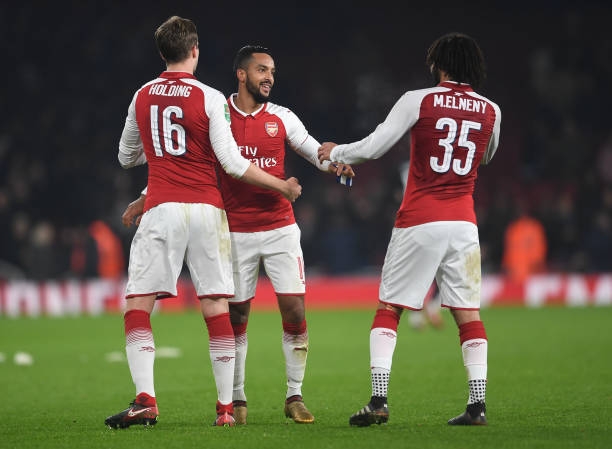 The gunners welcomed West Ham United yesterday at the Emirates stadium hoping to qualify for the semi finals which they did.

Arsenal confirmed their place in the semi finals of the EFL Cup last night after a not so much entertaining won against the hammers who had fielded their first strong team while Arsene Wenger started some youth and some usually un used players.

The players were very happy to have helped the club qualify for the next stage of the English competition.

Good to get the win and be in the draw for the semi-finals tonight! Proud to play my first London derby! #COYG

Buzzing to get the win tonight and keep a clean sheet. Onto the semi-finals ? #COYG

The gunners have never won the Carabao Cup in the nineteen years which they have been with Arsene Wenger because he has always not been considering the cup competition in the years he has been at the North London club. Most Arsenal supporters are urging the manager to try and win this cup because it would be a morale booster for the squad while haven’t been performing well in the English Premier League.

Alexis Sanchez Reveals Why He Became A Footballer