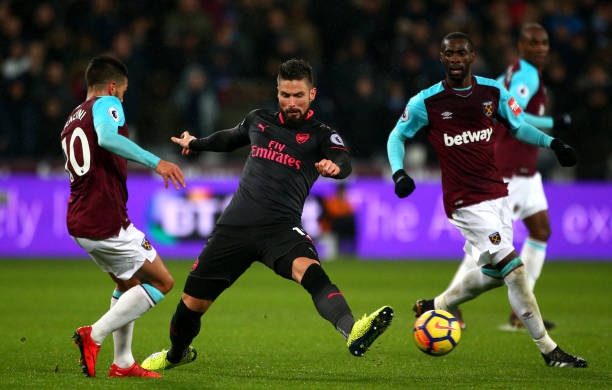 The gunners are facing the hammers today at the Emirates stadium hoping to progress to the semi finals of the EFL Cup ( Carabao Cup).

Arsenal will be hoping to win this competition because they haven’t been performing well in other competitions apart from this and the Europa League but the manager usually has a tendency of starting youngsters in the competition.

The provisional Arsenal squad to face the hammers has been released, N.B: The provisional squad doesn’t mean the exact lineup to play tonight but means that the available squad aside from the injured players and those out due to suspensions.

The gunners will be without a number of players like Santi Cazorla and Aaron Ramsey who are both injured currently. The gunners will come into this match hoping to obtain a win because they competition is about getting beaten and then you are out but there good thing about it is that it is two games, home and away so the aggregate score determines who has went to the next stage.

Arsene Wenger has been a manager that usually starts youngsters in competitions like these that don’t put pressure on the manager so that might be why he has never won the EFL Cup in the 20 years he has spent at the club. This might be the closest time they have reached near finals in the last three seasons.