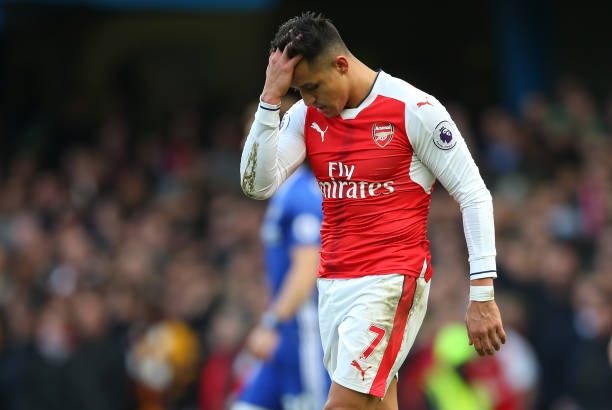 The gunners have for long been trying to convince Alexis Sanchez to stay at the Emirates stadium and seem to be losing the battle.

Alexis Sanchez has a few months remaining on his current deal at the Emirates stadium and there hasn’t been any signs which shows that the Chilean international will be handed a new deal by the club soon.

The gunners were stunned with the news by MIRROR SPORT after it was revealed that the Chilean international was pictured at a France airport after arriving on a private jet but no one knows what he went to do there abruptly on Boxing Day but he then after immediately returned back to London and trained with the rest of the Arsenal squad yesterday.

Reports say that Alexis Sanchez was there to discuss a possible transfer of him to PSG, a deal he has for long been craving for since the 2016/17 season ended but it failed in the summer transfer window so they might be willing to reignite their interest in the 29 year old because they would like to strengthen their squad.

Alexis Sanchez arrived at the Emirates stadium in 2014 and he has helped the gunners win three FA Cup trophies and the club has been impressed with his services and even wanted to give him a new deal which was worth £300k a week wages but he reportedly refused it because he has made a decision to leave the Emirates stadium.