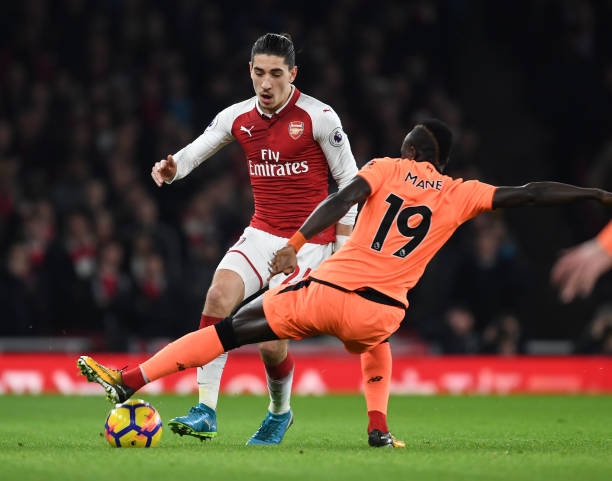 The gunners played against Liverpool on Friday night and made an entertaining 3-3 draw with the visiting reds.

The gunners started the match poorly and conceded one goal in the first half match hence going to the dressing room with one goal down after a goal by Phillipe Coutinho.

Hector Bellerin was also among the players that started the match against the reds, he has revealed what the boss told them at the halftime.

“We did not start well, they got in front but at half-time the boss put us in our place.’ the player is quoted by MIRROR SPORT.

‘He told us what we had to do and the team got a great reaction. We scored three quick goals and you could see the belief in the team.”

The gunners scored three goals in just five minutes which was quite un believable because they were already two goals down but un fortunately, they conceded in the 73rd minute hence making a 3-3 draw.

This match has showed many possible loopholes in the Arsenal defense because they conceded many goals due to poor defending from the gunners this season because they have almost conceded in almost every match they have scored above two goals.

Arsenal Face Huge Injury Blow That Will Affect Them