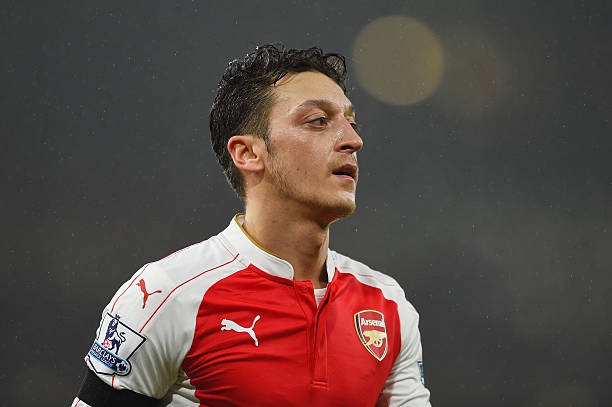 The gunners have many players whose contracts expire at the end of this season and among those is Mesut Ozil who has refused to put pen to a new deal.

There has been constant reports linking Mesut Ozil to a number of top European clubs but Manchester United has been the club that seems to more interested in the German international than other clubs because they are said to be preparing to sell some of their players to make space for him.

There has been a report by DAILY STAR which says that the red devils will not be trying to sign the Arsenal Star in the upcoming January transfer window because they would like to get him for free when the season ends because it might be expensive for them to try and get him from Arsene Wenger who will surely try to overprice the midfielder in order to get enough funds for getting a perfect replacement.

No one currently knows what is on the mind of Mesut Ozil because he has never publicly confirmed that he wants or to leave the Emirates stadium even though there are many clubs said to be interested in signing the German international. The former Real Madrid star has been facing strong criticism from the supporters and football pundits who believe that the player isn’t giving his all for the North London club because he wants to show that it’s his desire to leavethe club.

The 29 year old had some pretty good performances this season like the match against Everton where he scored a goal and made two assists but what makes the gunners confident that he still wants to stay is that he does show commitment to the club and he even recently scored a spectacular goal against Newcastle United on Sunday. Arsene Wenger was very happy about the performance of the star and even claimed that he believes that Mesut Ozil wants to stay at the Emirates stadium for more years.