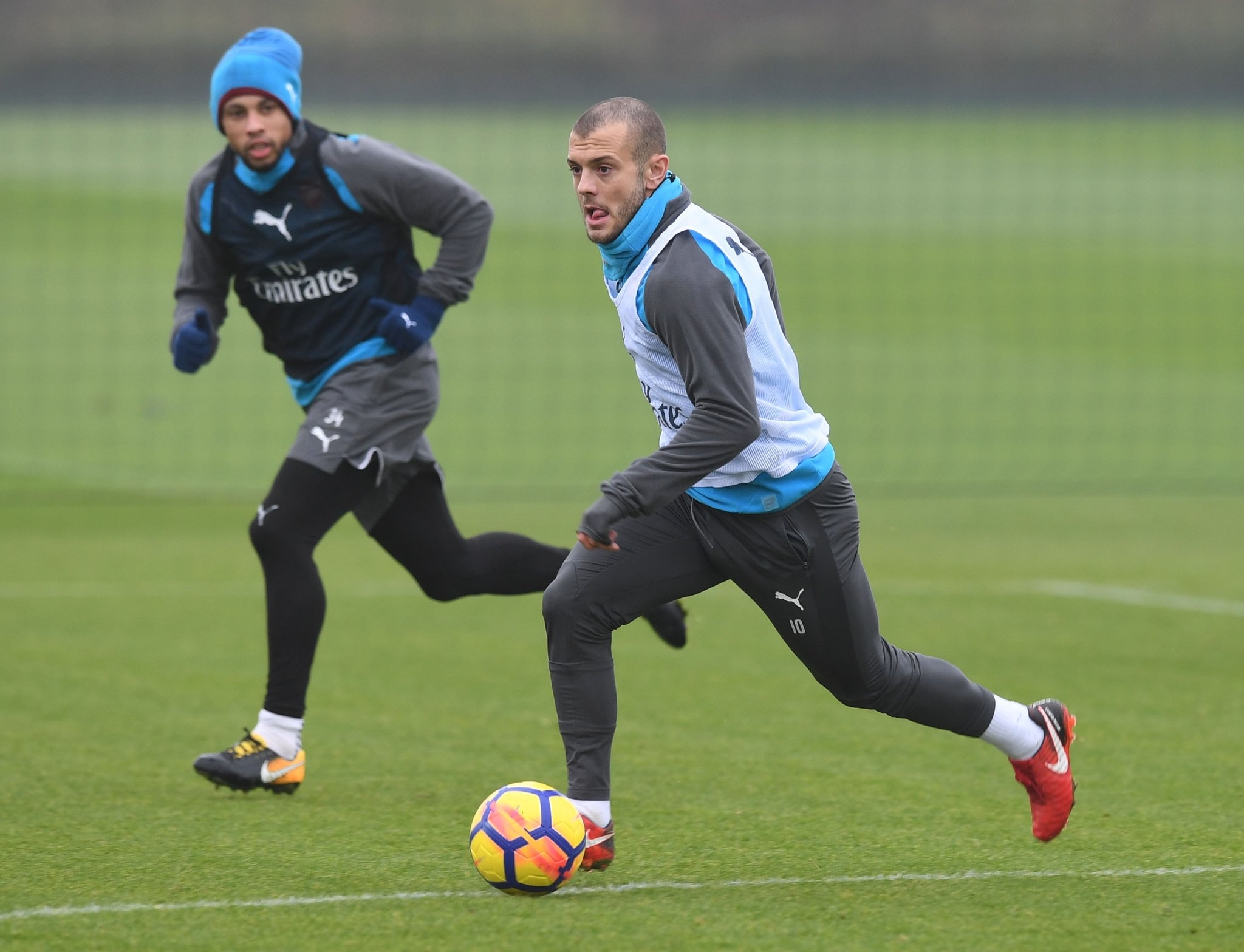 The gunners will be welcoming Liverpool at the Emirates stadium tomorrow as they hope to end the first half of the season with a win against the big team.

The gunners have had a poor results when facing the big teams this season but will be looking to change that when they welcome the reds at their home stadium where they have been performing pretty well this season.
The players trained at their training facility called the London colony and here are some of the training pictures of the Arsenal players training ahead of their tie against Liverpool.

The gunners will be coming into this match with some bit of confidence because they have been very impressive when playing at the Emirates stadium than when they are playing away from home. A win against the reds will be enough to send them into the English Premier League which they have been craving for in the past few months.

Wenger Reveals Why He Started Maitland-Niles Against Liverpool