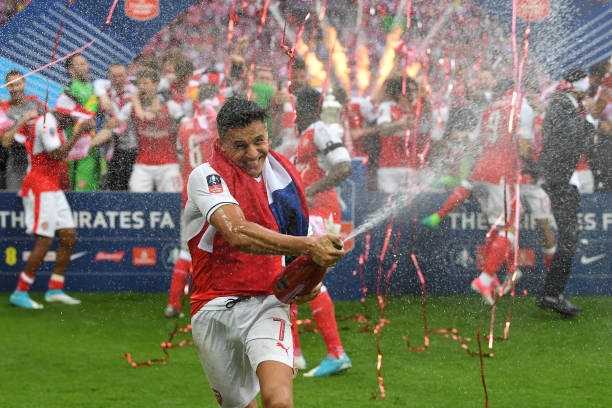 There has been continuous rumours linking Alexis Sanchez away from the Emirates stadium even though it is reported that Arsenal will soon begin fresh contract extension talks with the player.

The Chilean international has been in London for a few years now and the deal he signed when he arrived at the Emirates stadium states that Alexis Sanchez will become a free agent at the end of this season and the North Londoners have taken the risk letting him to go to last year of his contract.

The midfielder has been linked with many clubs and most football analysts say that he no longer cares even if Arsenal loses but that might not be true because he was yesterday left out of the squad like other first team players to face BATE Borisov and the Chilean international took to his official instagram account to wish the squad good luck that played the Europa League tie.

The Arsenal supporters will be happy about this great gesture he made by wishing his fellow teammates who were playing yesterday because it shows that the Chilean international still cares about the club even though it has always been reported that the player is no longer interested in Arsenal and that he is just waiting for the January transfer window to begin.

There are a number of European top clubs that will be monitoring the situation of the winger at the club and it is reported that PSG are still keeping tabs on the player.

Report:Mesut Ozil Rejected A Move To Fenerbahce, Where He Is Going Or Is Staying ?