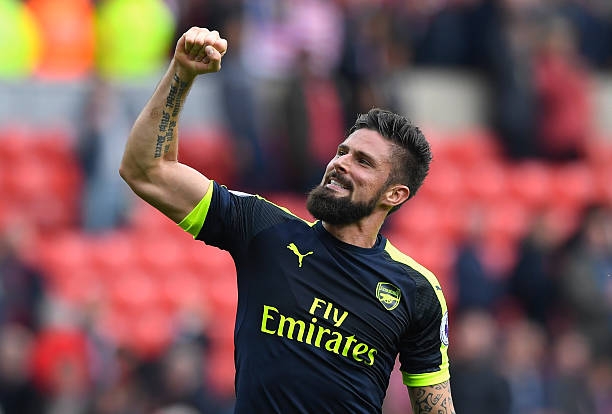 The gunners recently received the news that their star striker Olivier Giroud Will be ruled out for about 6 weeks from now after sustaining a hamstring injury.

Arsenal has always faced challenges trying to keep it’s players fit for the rest of the season and most of it’s players usually never go back to their full fitness if they go on the sidelines like Santi Cazorla but will be hoping it’s a different scenario with Olivier Giroud.

The French striker will miss about 10 matches due to his injury including some important matches like the three matches Arsenal will play against Chelsea in January.

The striker will surely miss a lot of matches in 2018 and this isn’t good because this leaves Arsenal without any senior back up striker if their first choice forward, Alexandre Lacazette gets injured un expectedly.

The French international has been a player that doesn’t easily get sent to the sidelines so this might be the first time he will be out for a very long time in the many years he has spent at the Emirates stadium.