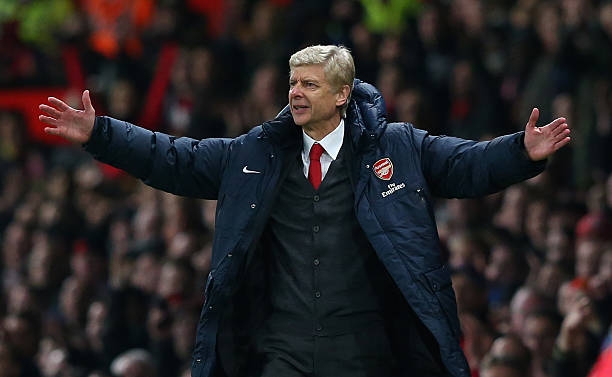 The gunners will be going into the January transfer window hoping to get some new players but that won’t some other clubs from also targeting the Arsenal stars.

The gunners have had a poor first half of the season as they are currently in the seventh position which wasn’t the case in the past so they will be looking to make some sales of un used players like Theo Walcott who hasn’t been getting many starts this season who already has some European teams monitoring him.

There has been a report by MIRROR SPORT which says that Spanish club Valencia will be making a strong move for Arsenal midfielder Theo Walcott has lost favour of the manager this season so the Laliga team will contact the player for a possible January move this season. It is said that the English international might be tempted to accept the offer from the club because he isn’t getting any English Premier League matches which could strongly affect his footballing career or even his international football career.

Theo Walcott has been at the Emirates stadium for 10 years now and the player has never been that effective for the club but has been in the squad that has won three FA Cup in the years he has spent at the North London club.

Most football analysts have always said that the manager makes a mistake not to start selling un necessary and used players that can no longer be productive for the club because having them club stops him from going into the transfer window to get some new players, so some football analysts will back the manager to let Theo Walcott go and then save that money and buy a top player that will help them get back to their feet.

Theo Walcott recently reached 100 goals for Arsenal but that raised a lot of criticism even though it was supposed to be an achievement but some football analysts believe that this wasn’t enough for a player that has been at the club for many years.

Mesut Ozil Will Join Manchester United According To Pundit.