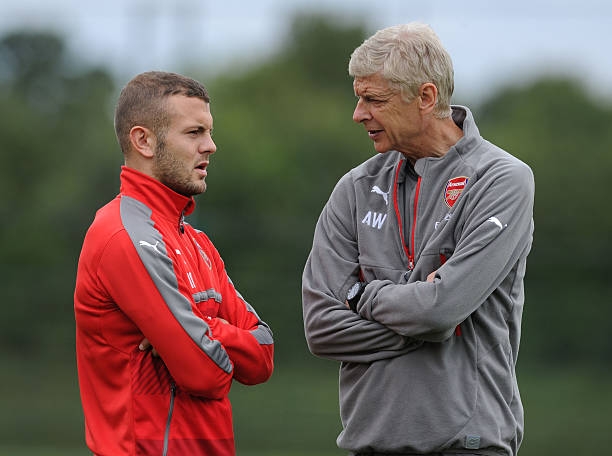 Jack Wilshere has been at the Emirates stadium for almost full of his footballing career after making his breakthrough at the age of 17.

The English international has had chances limited this season because there are a lot of players in the squad that play the same position so he is usually utilized only in the Europa League and the EFL Cup.

The manager has spoke some comments about the 26 year old ahead of the gunner’s match against Southampton tomorrow;

“You will see more of him because he had a little fracture [before] the start of the season, but now I would not even say he is coming back – he is back.’ the manager told Arsenal’s official website .

‘The next step is for him to be competitive in the Premier League and to fight for his place in the team. He will get games, he will get the opportunity to show that Jack Wilshere is back.”

The gunners will be hoping to see him in tomorrow’s match against the Saints because he had a fantastic performance against Bate Borisov on Thursday when the gunners ended their Europa League matches and he was even among the goal scorers that stunned the visiting team 6 goals to nil.

Most supporters love Jack Wilshere so much but he has always faced long term injuries that have always reduced his form hence failing out of the pecking order at the club. Some football pundits have always said that the playing style of the English international is the main reason why he usually gets injured but Arsene Wenger rubbished off those claims saying that his midfielder is just un lucky.

The manager says that it is now time for Jack Wilshere to be competitive in the English Premier League so this may well mean that the manager is now ready to start using him in the league competition.

Lacazette Makes Promise To Gunners Ahead Of Southampton Match